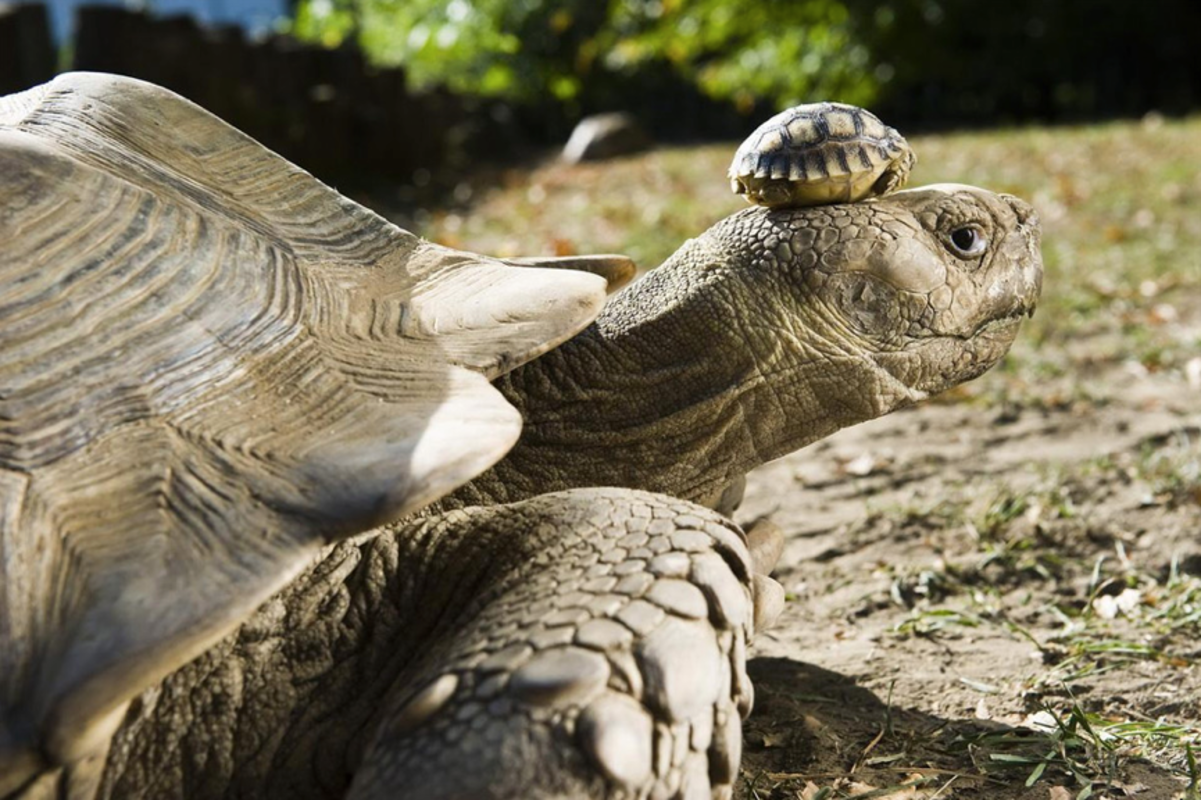 How do you think Terry got onto the top of his mother’s head?

Where are his brothers and sisters?

What do you think Terry’s mother wants him to do?

What will happen next?

What do you think Terry’s mother is looking at? Can you draw what she can see?

The world is a scary place when you’re a five day old turtle. Staying still, frozen like a statue on top of his mother’s head seemed like the best option. Terry had watched his brothers and sisters wander bravely (but slowly) into the distance. He hadn’t seen them come back. Why on earth would he want to venture out on his own? He was sure that if he perched silently on the top of his mother’s head, she wouldn’t even remember he was there. Terry’s mother had other ideas…

Brackets are used in the story starter to add some extra information about how Terry’s brothers and sisters had moved. Can you add some information in brackets to this sentence?

Terry’s mother ( ) looked out of the corner of her eye.

These sentences are sick and need your help to get better!

Terry was scared. He thought the world was scary. He wanted to stay with his mother.