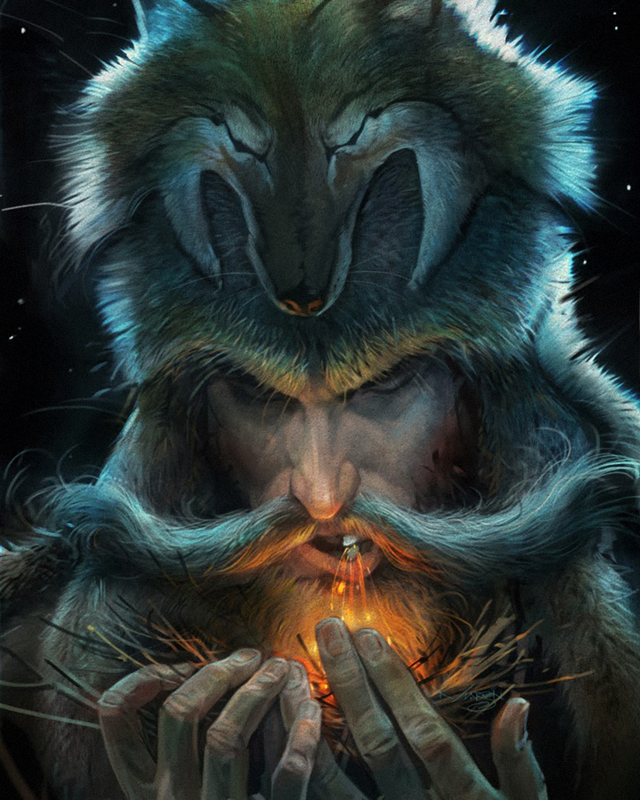 What might the ‘cold times’ be that Jim experienced when he was growing up?

What does it mean by saying that the wind had ‘bitten’ into his skin?

Why has the writer compared Jim’s knowledge to a well?

When Jim drinks from this ‘well’ what is he actually doing?

Why is his breath ‘pleading’? What does this mean?

What other survival techniques do you think Jim relies upon in the wilderness?

Jim is a bit like an old fashioned version of Bear Grylls! Can you out together a Bear Grylls style survival guide?

Can you draw the ultimate survival hero for the following environments? Think carefully about what they are wearing and what equipment they will carry.

He had been out in the wilderness for over a month now. Jim Bridger had known some cold times in his life, growing up in the Alaskan wilderness with his family, but he couldn’t remember a time when the wind’s icy breath had bitten into his skin with such ferocity and spite.

His father had taught Jim all he knew about survival in the harsh climes of the north, and it was into this well of knowledge that he must now draw and drink deeply.

Jim’s heart fluttered with excitement as the embers within the bundle of twigs he held protectively in his cupped hands responded to his pleading breath, dancing their orange waltz of hope in front of him…

Can you underline any words in the story starter that you don’t understand?

Either using a dictionary or search engine, look up their meaning, and try to use them in a sentence relating to the picture.

It was cold. Jim made a fire.