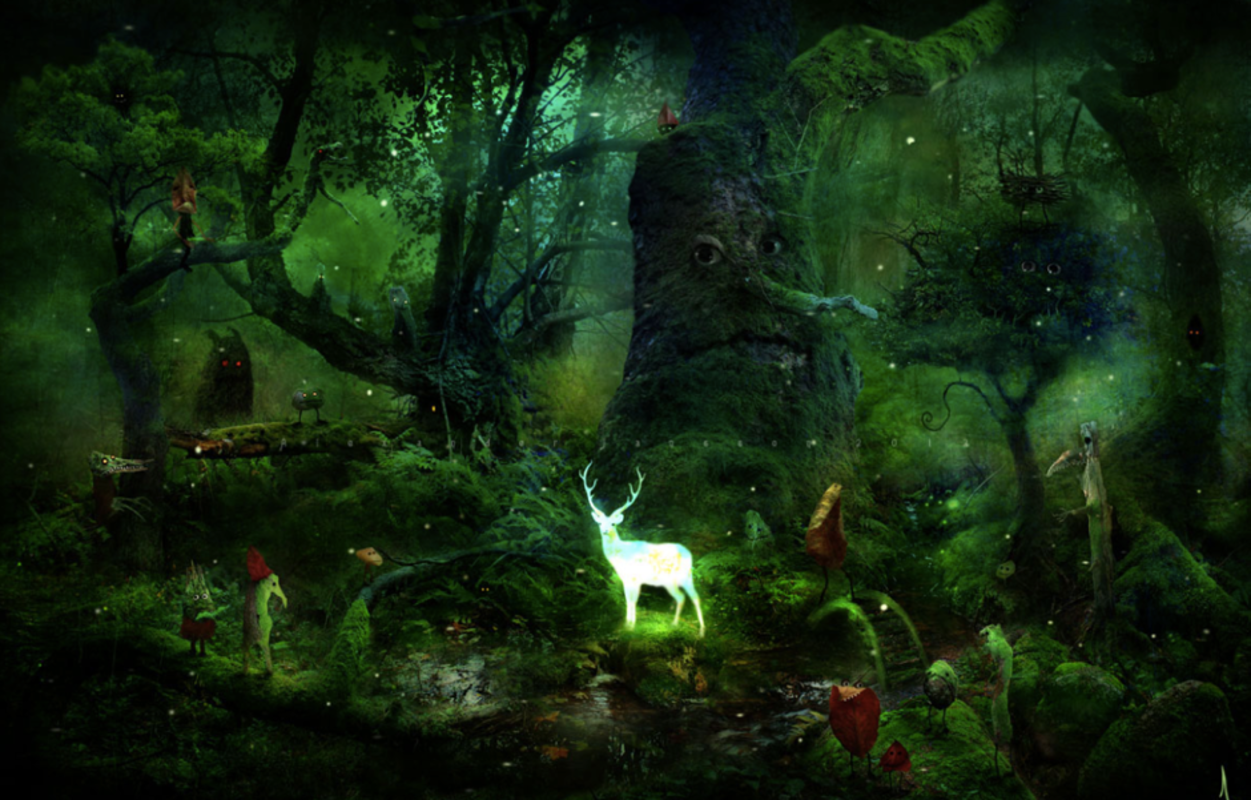 Will Rose’s adventure prove to be magical and fun?

Or is Rose just about to begin a living nightmare, and seriously regret venturing out into Watchwood Forest?

Have you ever been told to do something by someone but then done the complete opposite? Did you make the right choice?

If you were in Rose’s shoes what would you do?

Do you think Watchwood Forest is a safe place to be? Describe your answer.

Do you think the different characters you can see are good or bad?

Even if a character looks nice, does it mean that they are?

Can you draw one of the characters that live in Watchwood Forest?

You could then think of some adjectives to describe it.

Eyes. Wherever you went in Watchwood Forest there were eyes.

It was home to the most beautiful and mysterious creatures in the entire realm, yet very few human eyes had ever seen it.

One day, at the time of year where it stays sunny and warm well into the evening, a little girl called Rose decided she would explore Watchwood Forest. Rose had been told by her parents and by numerous other bossy grown-ups that she was never to go into the Forest.

Now, to you and me (as the kind of people that always follow the rules), it might seem a little careless and a bit reckless and maybe even a bit foolish for Rose to find herself in such a place, especially after been told such a thing! However, Rose was not that sort of girl. In her mind, rules were there to be broken…

Can you continue Rose’s story?

Amongst the trees there was a deer. Pairs of eyes watched the girl from the shadows.