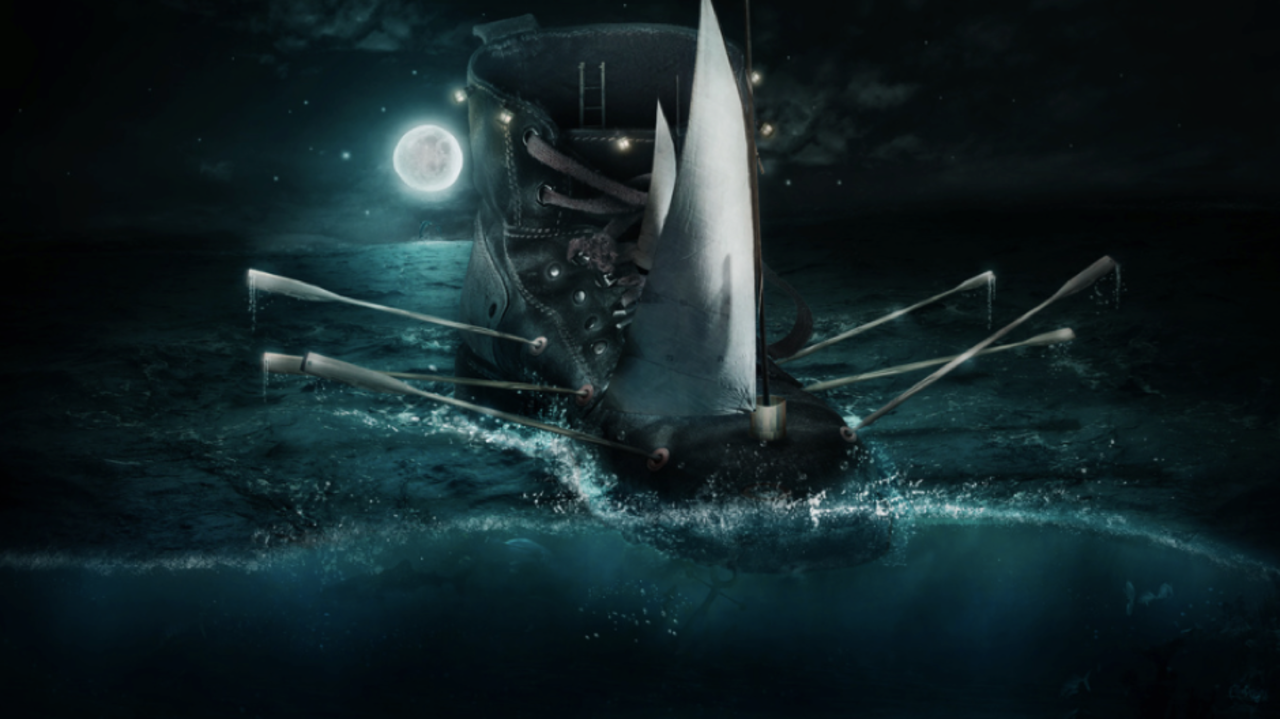 Who do you think they are?

Why do you think they have had to leave home?

Where do you think they should go to find a new place to live?

How do you think they feel about having to move?

Who do you think is inside the boot? Draw or describe who you have imagined.

Most people don’t believe in them. Especially grown-ups. Most people have never even seen them. Most people wouldn’t even believe their own eyes if they had!

Whether you’re a believer or not, I’m going to tell you about them anyway…

In many ways, they are exactly like us; they eat the same foods as us, speak the same languages as us and even enjoy the same things we enjoy. In fact, if you were to look at one under a magnifying glass, you would think they were identical to us. The only difference is that they are a hundred times smaller than us.

Their story begins on a dark and windy night. The full moon sat in the sky: a torch to guide them. Thunder rumbled above them like a laughing giant, and the waves lapped up against them like a cat’s tongue hungrily exploring a plate of sardines.

They were forced to leave their homes forever, in search of a new beginning. The boot had been their saviour. However, crossing the pond was proving trickier than they had imagined…

It was a dark night, but the stars were out. They sat inside the boot. They rowed across the pond with oars. The boat had a sail.