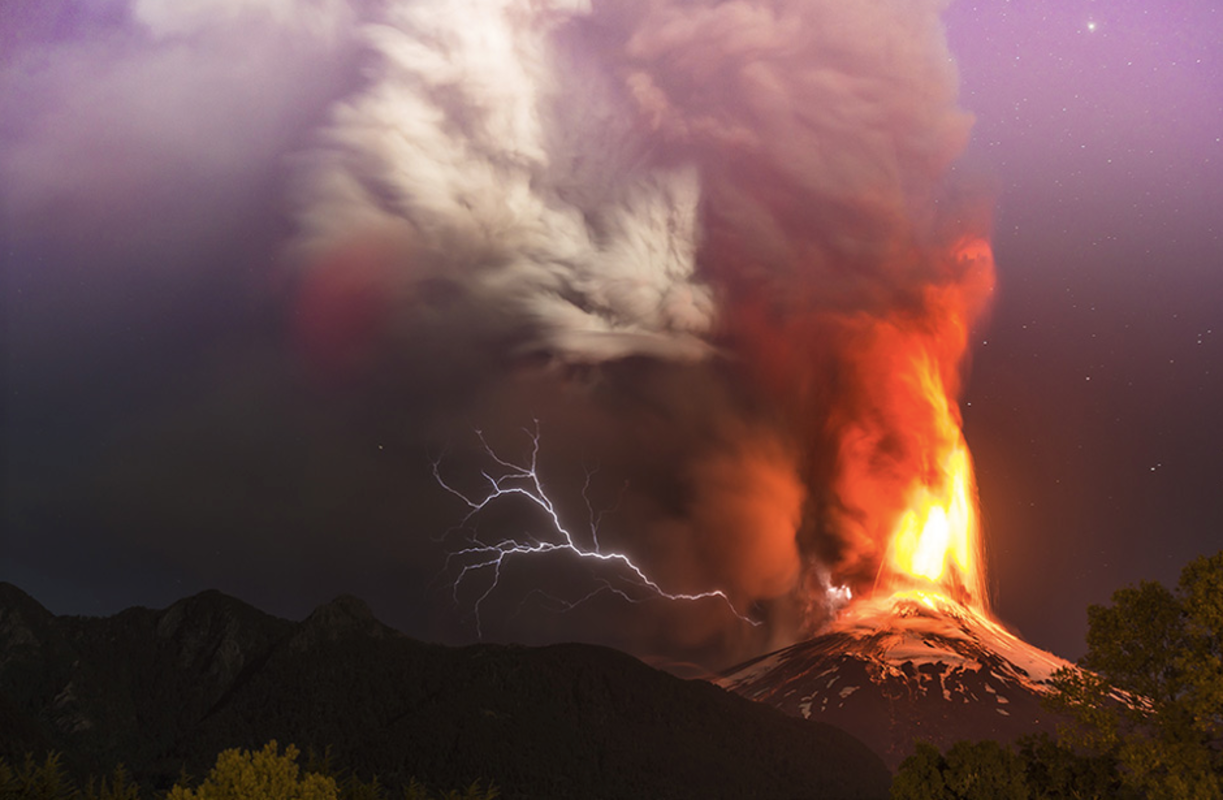 What do you think it means by ‘nature taking its revenge’?

What do you think is the most dangerous part of a volcano?

Do you know of any active volcanoes around the world?

Do you know what causes a volcano to erupt?

Can you draw your own volcanic eruption? You could label it with some adjectives or even sentences to describe what is happening.

It was the moment they had been dreading for decades: the volcano had finally erupted. The earth shook, as torrents of golden death cascaded over the helpless landscape. Clouds of ash swarmed over the countryside, enveloping everything in their path. Chaos reigned as the beast that had been sleeping for years, now awoken, smote his fury upon the world.

In the distance a flash of silvery lightning licked across the sky: a snake’s forked tongue lashing out in fury to strike its prey. The world was on fire. It was natures turn to take its revenge.

Can you write your own description/short story about the volcanic eruption?

Can you include personification and metaphors?

Lava exploded out of the volcano, bubbling over the landscape.

A streak of lightning shot across the sky.

The ash-cloud shot over the land, rising high up into the sky.

Can you use interesting verbs in your writing today? How about some of these:

Lava went over the ground. There was lightning in the sky. It was a scary sight.