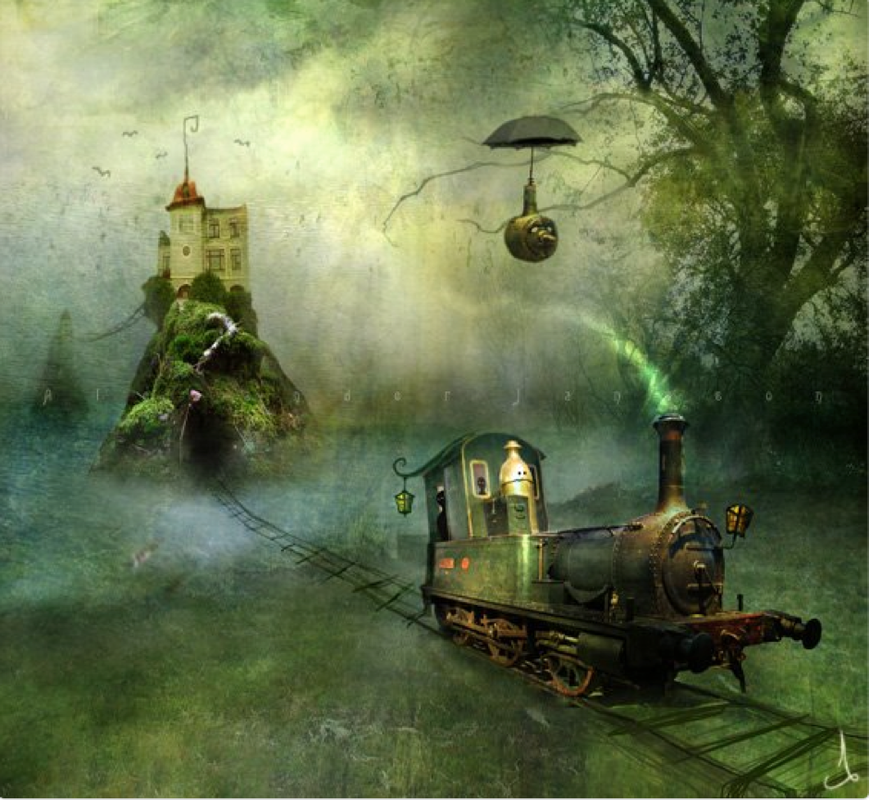 Who lives in the house in the distance?

Why is the train in such a hurry?

What will happen if she doesn’t reach her destination in time?

Who is driving the train?

What is the mysterious object hovering above the train?

How many faces can you see in the picture?

What do you think is on the other side of the tunnel?

The birds in the sky are seagulls. What does that tell you about where this story takes place?

Can you design your own train? What features could you add to make it the fastest train ever?

The train let out a short, sharp cry and a hiss of steam as it thundered across the track.

Midnight: an unusual time for the little, green engine named ‘Velocidad’ to be out. Tonight, however, she was carrying an important message. The Velocidad had been chosen because she was the fastest of all the steam engines in town, and it was vital that she made great haste.

More coal was thrown on the roaring fire, and the little train reached maximum speed…

Can you write use a colon to start a list? Remember to use commas to separate the items in your list!

E.g. There were several things that were troubling the driver: the thick fog that had descended upon them, the steepness of the approaching mountain that they must cross, the speed at which they were travelling and the mysterious thing that was following them.

The train went along the track. It was foggy. There was something following them.