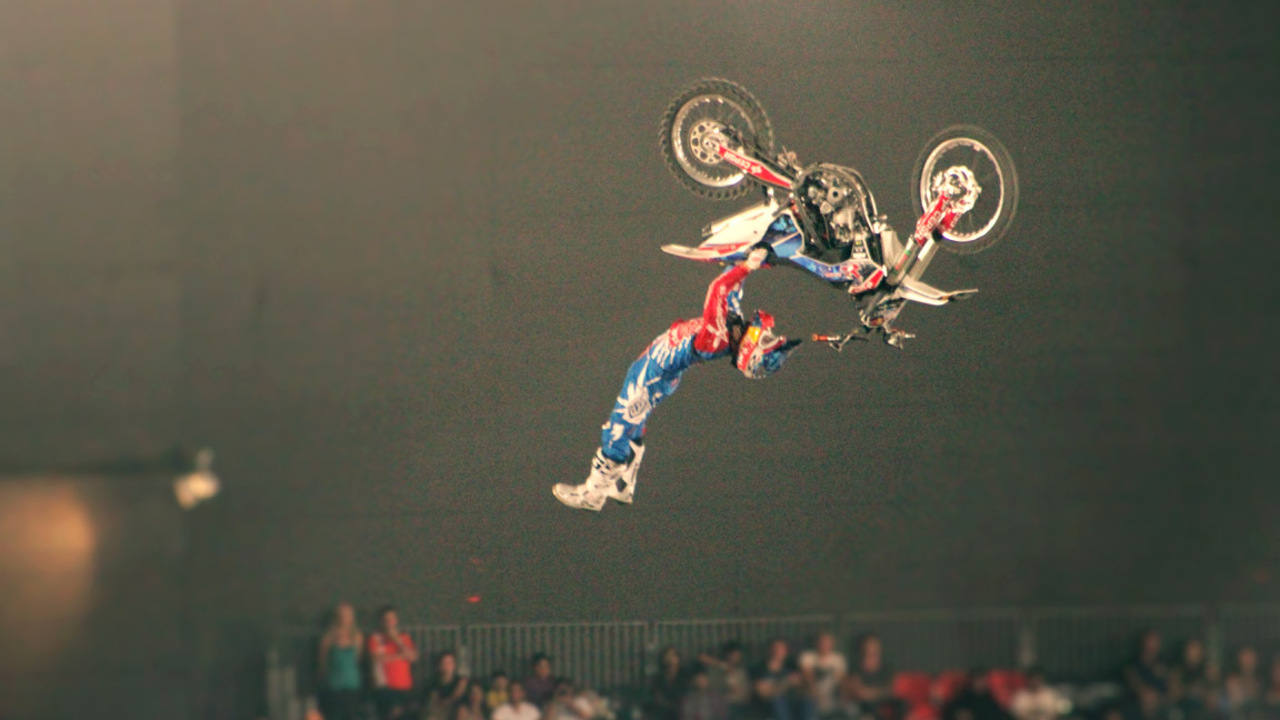 How were the audience feeling if they were ‘gazing wide-eyed’? Can you think of another descriptive way to express that feeling?

Why is the crowd described as a ‘sea of spectators’? What image does that create in your mind?

What do you think happens next for the person riding the bike?

If you were in the crowd watching this rider, how would you feel? Can you create a simile to describe your feelings?

How did the rider get so high?

The man riding the bike is taking part in a competition. Can you design a trophy or medal that he might win if he is successful?

Silence descended on the packed arena as the audience froze, gazing wide-eyed at the view in front of them. Time stood still. It was as if the sea of spectators held their breath in unison and only the bike knew what lay ahead.

Focused solely on winning the competition, the rider soared towards the sky with the agility and grace of an Olympic gymnast. With a deep breath, he gripped with his hands and released his feet. Nobody could have predicted what followed…

Using a variety of short and long sentences helps keep your reader excited.

Can you use a long/short/long set of sentences to describe what happens to the rider?

‘Time stood still.’ is an example of personification. Can you give human attributes to something else in the picture and make a sentence?

These sentences are sick and need your help to get better.

The bike went up high in the air. The crowd watched. They clapped when he landed.