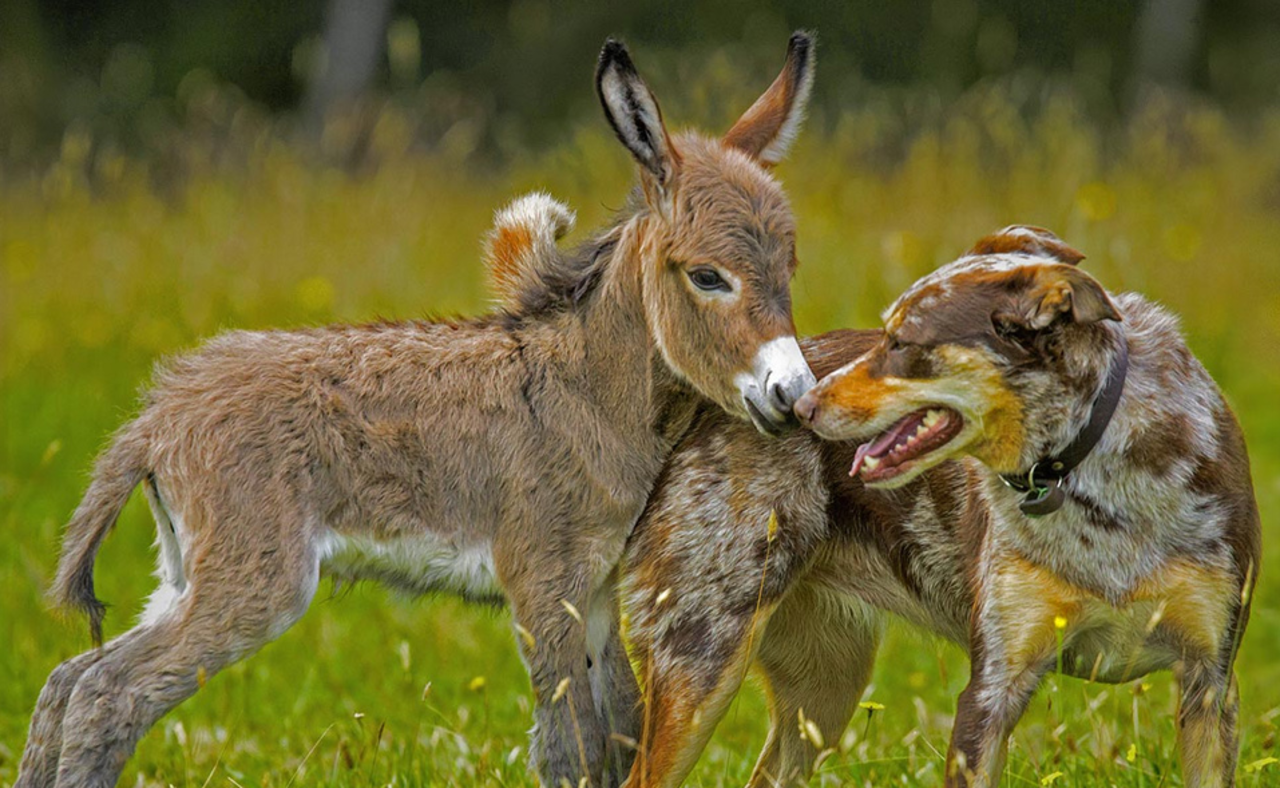 What animals can you see in the picture?

In what ways are these two animals different?

How do you think the two animals discovered each other?

How have they become friends?

What do you think makes a good friend?

How can you show other people that you are a friendly person?

What kind of people do you like being friends with?

What kind of people would you not want to be friends with?

Can you draw a picture of two other creatures that would make unlikely friends?

In many ways they were so different. When they stood next to each other, the stark contrast between their appearances was plain for all to see.

Appearances, however, can be deceiving. They were the best of friends….

It may tell you where a thing is in relation to something else. E.g. The passengers watched from inside the plane.

It may tell you when something is in relation to another event. g. The excitement would not end until the plane landed.

The donkey plodded through the field. It was only a few minutes until feeding time. Rain started to fall from above them. They ran into the ban.

The donkey stood next to the dog. They were friends. The dog was happy. The donkey was happy.