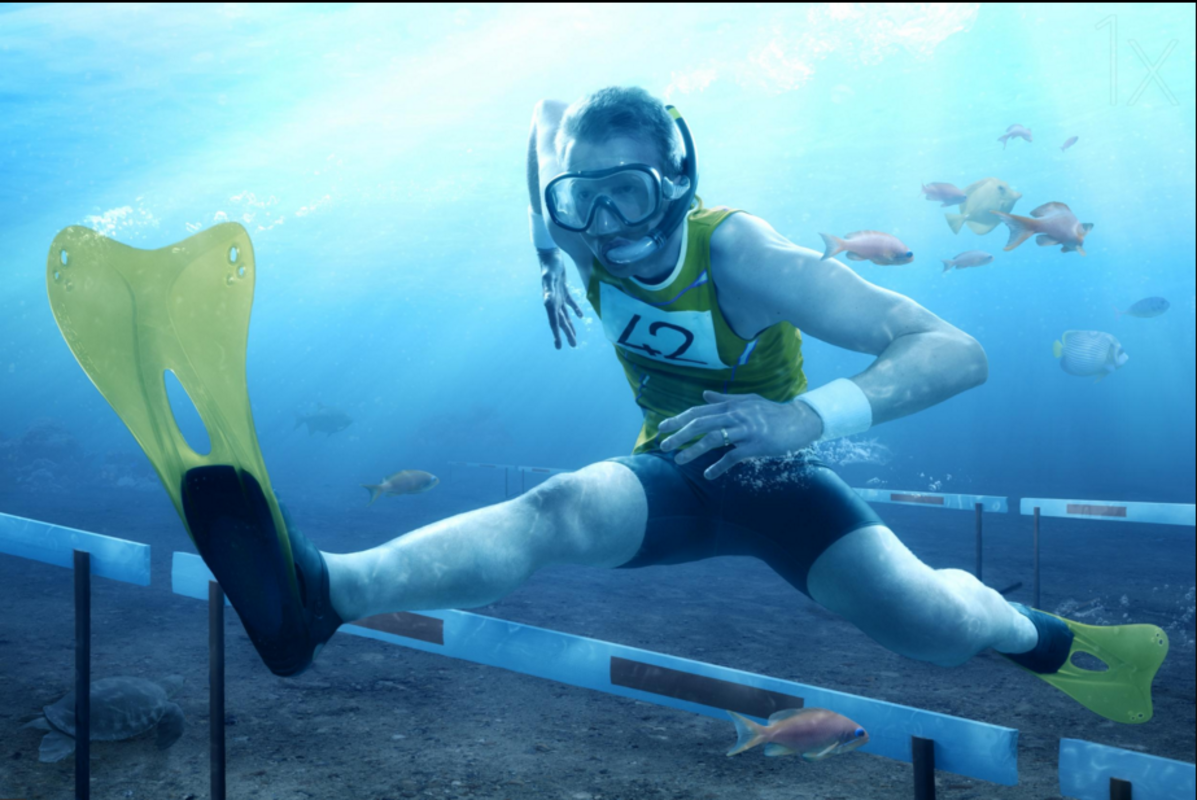 How is this race different from a normal race?

What does ‘the resistance from the water’ mean? Why is is more difficult to move underwater than on land?

Why might the authorities have chosen to hold the Olympics under water?

Which Olympic event is this?

Which is your favourite Olympic event to watch?

How many different Olympic events can you name?

If you could be world champion at one Olympic event, which one would you choose? Why?

Can you draw a picture of a different Olympic event happening underwater?

He thrust out his lead leg and energetically vaulted over the hurdle. The resistance from the water made the 110 metre hurdles tricky (much more difficult than on land!), yet the athlete was responding well to the added challenge and pressure. After all, this was the first Olympic Games to be held under the sea…

Can you use a colon to mark the boundary between independent clauses?

E.g. He felt exhilarated: this was his first ever Olympic race underwater!

The athlete put his leg up. The athlete jumped over the hurdle. He landed on the sand.