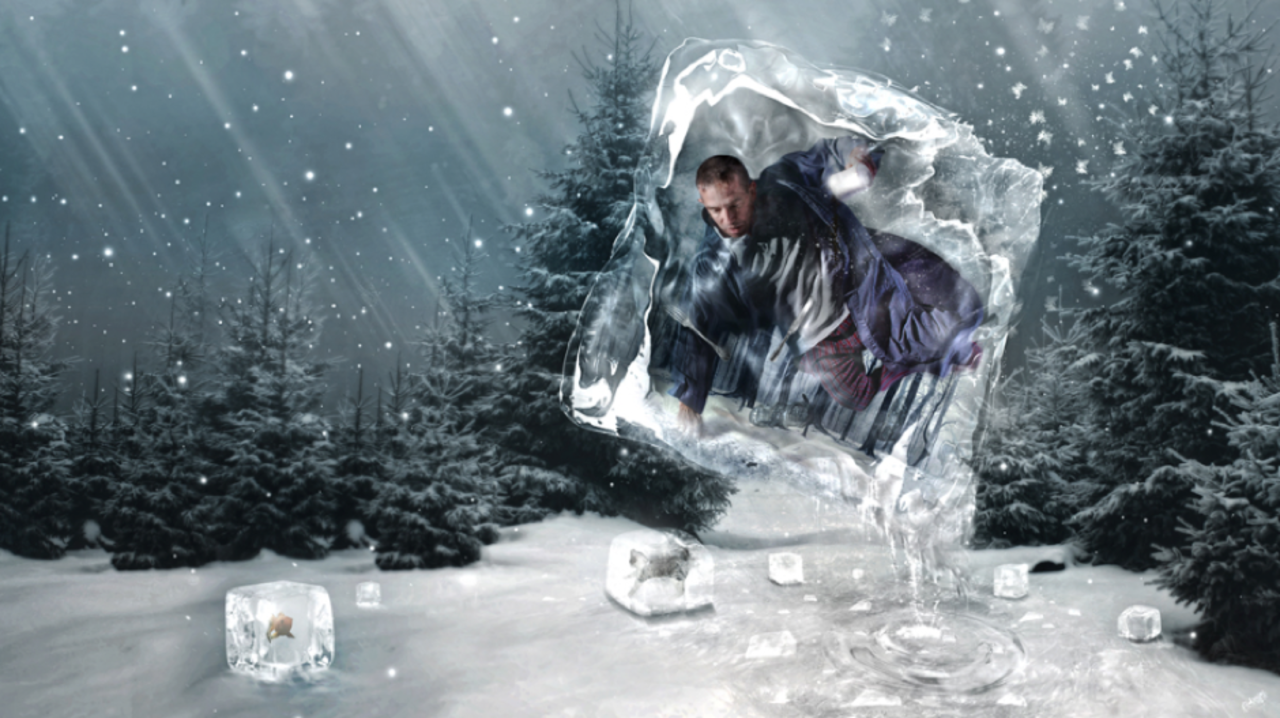 Do you prefer summer or winter?

How would you feel if you could only move your eyes? What would life be like?

Could you think of a way to communicate if you could only use your eyes?

Imagine that the sun came out and all of the ice melted. What would the picture look like? Draw or describe what you have imagined.

His eyes blinked. They were the only part of his body that he could move: he was entombed in ice, and had been for some time. The person that had put him here was far away by now.

Glancing around in desperation he tried to move his aching body, but it was no good - there didn’t seem to be a way out. Time was slipping away… He had to escape. If he didn’t, then darkness would cover the world…

E.G. The figure, who found himself completely trapped, started to panic.

Commas should surround the clause.

The man was scared. He tried to move but could not. His mind raced.