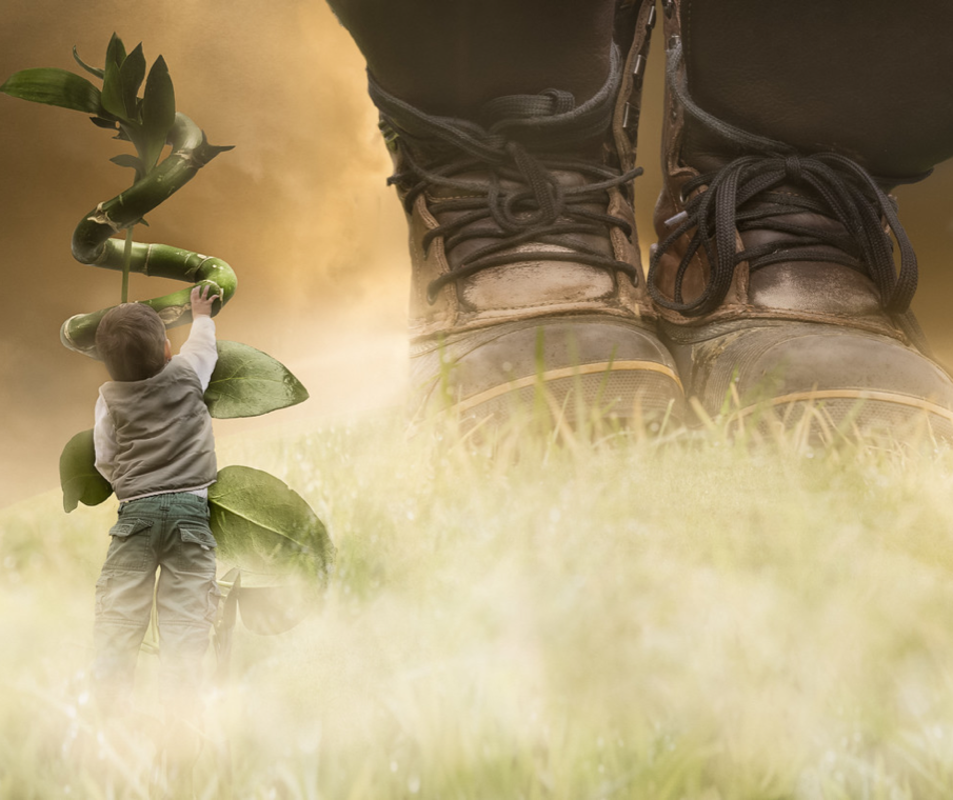 Has the giant seen Jack?

Would you rather be the giant or Jack?

What/who else lives in the land of the giants?

Why do giants live apart from humans?

Can you draw a picture of a room inside the giant’s house? You could draw Jack in the room to put everything into perspective.

Jack had been climbing for most of the morning. Step after slippery step, he had made his way up to the top of the beanstalk. Several times, when the wind picked up, he had feared he might lose his footing and fall to his death. He had dared to look down on one occasion, seeing that his house was the size of an ant far below.

Now that he had finally reached his goal and clambered up to the land of the giants, Jack had no idea what to do next.

‘FEE, FI, FO, FUM…” a voice as loud as a foghorn boomed out from high above him. Jack took a deep breath...

‘Big’ and ‘small’ are adjectives to describe the giant and Jack. Can you think of synonyms (words that have the same or similar meaning) for ‘big’ and ‘small’?

Can you write a sentence to describe Jack or the giant, using some of your synonyms?

Jack climbed the beanstalk. The giant stood at the top. Jack was scared. The giant was really big.