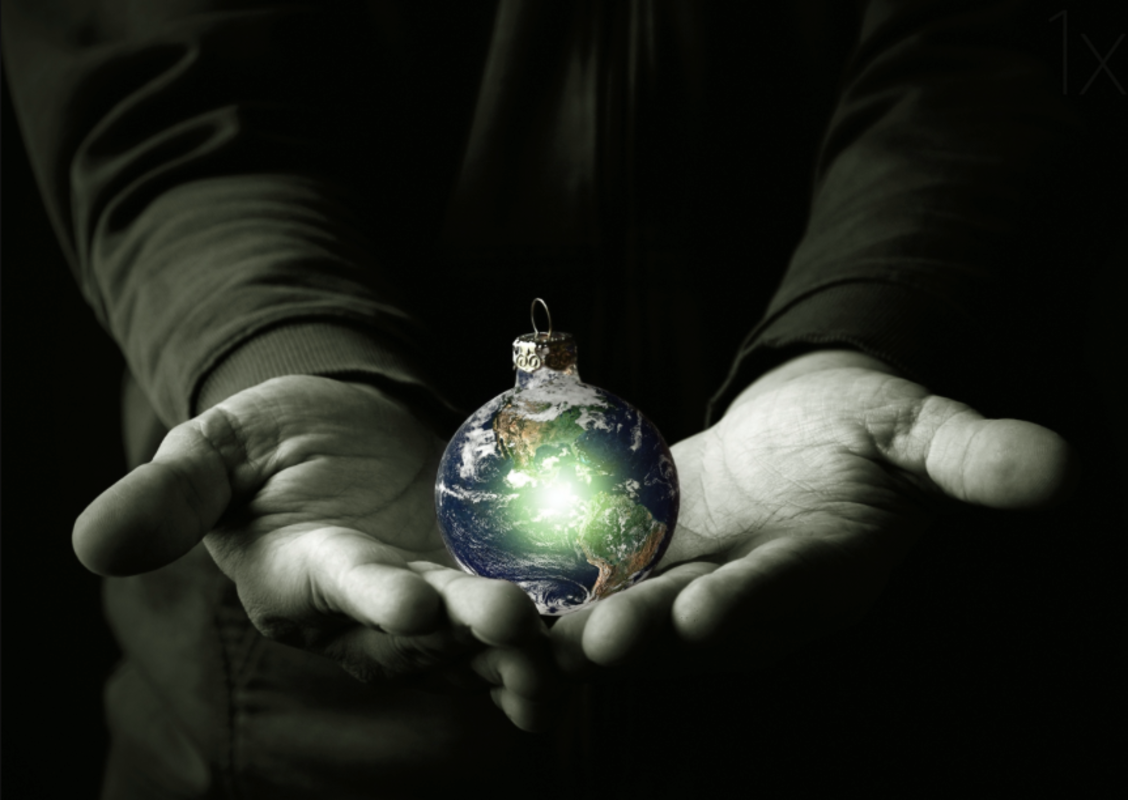 Whose hands do we see in the picture? Why do you think this?

If you held the world in your hands like this all day, what would you need to do to make sure it stayed safe?

Do you think there are beings out there in the universe who could hold planet Earth in their hands?

Who is the person presenting the bauble to? How would they respond to this?

Can you create a cartoon strip which describes the passing of the bauble between two people?

This wasn’t supposed to happen at Christmas.

The deep lines of my hands gazed on in amazement as the bauble began to glow, dim at first but then brighter and more intense. Slowly yet surely, a warm sensation began to radiate from the sphere as wispy, translucent clouds began to swirl around inside the plastic casing.

As the moments passed, my eyes (although at first deceived) began to recognise the shapes forming inside the shimmering orb. Firstly, the familiar shape of Africa appeared like a ghost from the mists, then the outline of the Californian coastline and finally the famous shape of the British Isles. My home.

Forgetting for a moment the mind-blowing scene unravelling amazingly in my hands, I suddenly remembered what the voice had said to me only minutes before. “Just one wish Ben. Just one wish, and one consequence.”

It was then that I realised what I had done…

Can you use semi-colons in your writing to replace a conjunction?

e.g. Cautiously yet carefully, I held the precious globe in my hand because I still daren’t place it down.

Cautiously yet carefully, I held the precious globe in my hand; I still daren’t place it down.

The globe appeared in my hands.

Inside the bauble I could see land and clouds.