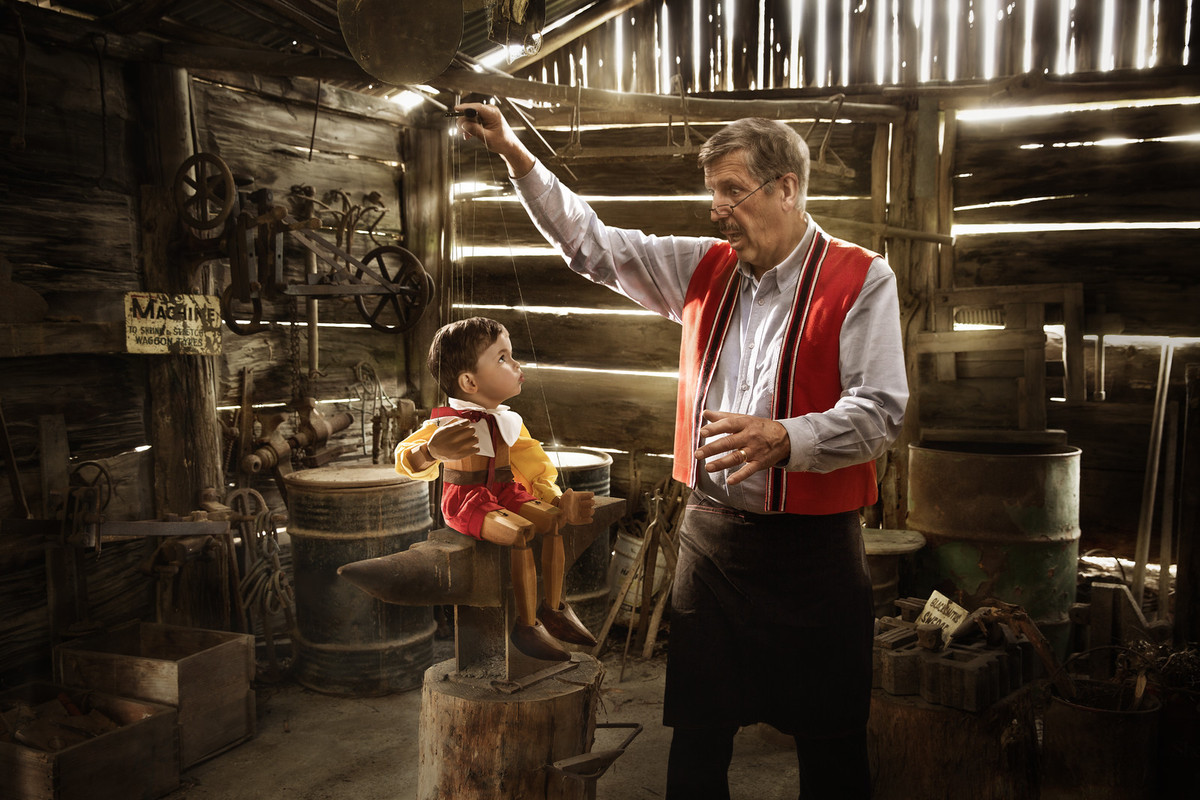 What has Geppetto created?

Why is he so surprised?

What is the puppet's name?

What do you think Geppetto will do next?

Do you think he has made anything magical before?

Can you make a list of all the things the woodcarver would normally make?

Do you have anything that has been carved out of wood in your house?

If you could carve something to come alive, what would it be?

The puppet is about to realise that it can move without being controlled by a human hand. Can you draw what it will do next?

Geppetto, the master woodcarver, was considered by many of his neighbours living alongside him in the small, quiet village in Italy in which he resided, as a genius. For half a century, Geppetto had, on a daily basis, worked his fingers to the bone in his cramped workshop, hunched over his workbench, honing his skills, to become the best and most respected woodcarver in the whole kingdom. Hour upon hour he would toil, whittling wood, with most spectacular precision, into an incredible array of different items and oddities. The saying in the village went: 'if you can imagine it, Geppetto can carve it!' In fact, this motto was now proudly emblazoned above the door to his shop.

For the past week, the master woodcarver had been working on his latest creation: a puppet. Like every other creation of Geppetto's, this particular project was turning out to be a masterpiece. However, one morning when Geppetto strode energetically through his workshop door to begin the day's labour, he couldn't believe the sight that befell him...

Can you make a list of emotions that Geppetto would be experiencing?

Can you then write a sentence starting with one of those emotions, and including some good adjectives?

E.g. Astonished, Geppetto gently raised his weathered hand and pulled on the long, thin threads that controlled the puppet's actions.

Alarmed, Geppetto inched backwards towards to door as a smooth, wooden face with two pale, blue eyes turned (on its own) to gaze at him.

The man was amazed. The puppet looked at him. It was made out of wood. Its face moved.