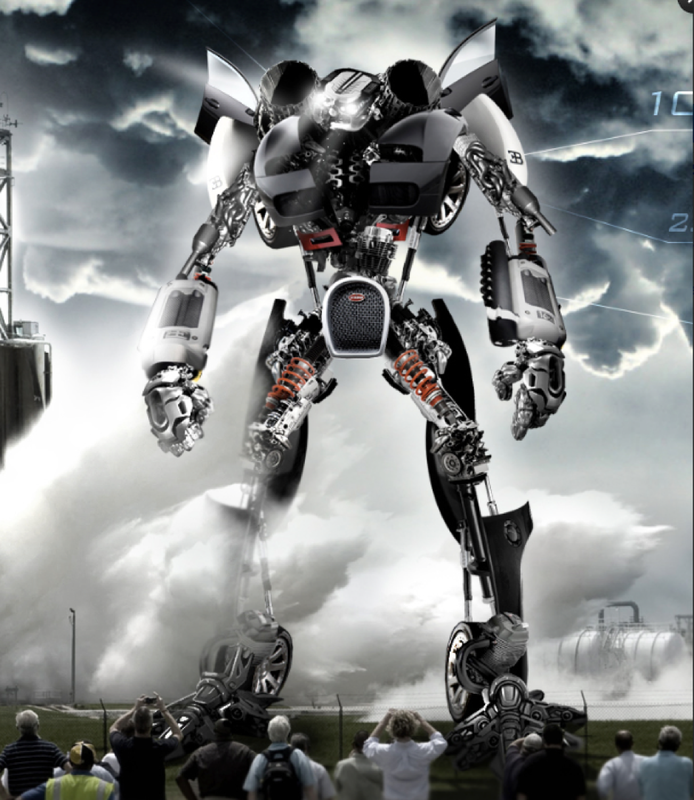 Who do you think is controlling the robot? Does it have a mind of its own?

Where has the robot come from?

Are the people in danger?

Can you think of a good name for the robot?

Is there a chance that robots will become part of our society in the future?

Imagine your job is to design a robot. Draw or describe what your robot would look like, and what it could do.

Snap…Snap…Click…The sound of a hundred cameras filled the air.

Craning their necks to the skies to see the enormous specimen, the crowd all let out gasps and moans in unison as the figure took its first steps.

Standing over 50 metres tall, the metal beast cast a foreboding shadow over the gathering, transfixed spectators. No-one knew why it was here. No-one knew where it had come from. No-one knew whose side it was on. However, its intentions were about to be made clear…

It may tell you where a thing is in relation to something else. E.g. The silver, shining giant stood on the car.

It may tell you when something is in relation to another event. E.g. The crowd watched until the giant departed.

The robot stood in front of the people. His hands and feet were big, and his body was really big.