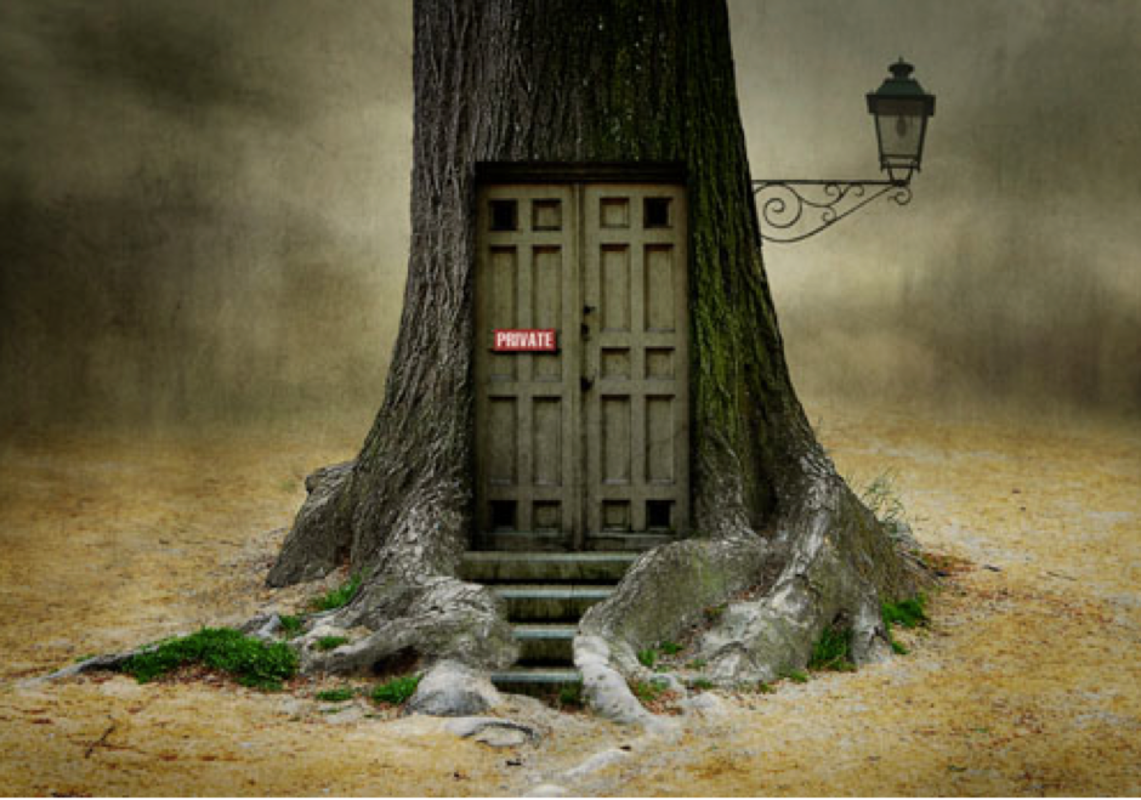 What do the local people think about the beast living inside?

Is the lamp ever lit?

Does the beast have neighbours?

Does the beast live alone?

If you lived in a village nearby, would you approach the door and meet the beast?

What does the saying ‘don’t judge a book by its cover’ mean? Could this apply to the beast?

If you were the beast, would you want to go out and meet people or would you prefer to hide away?

Imagine the camera zooms out, and you can see the entire tree. What does the rest of the tree house look like? What does it look like inside?

Draw or write down what you have imagined.

The creaky, old doors had not been opened for years. The beast had always lived inside, but nobody dared to visit. Noises that echoed from the gaps in the door had haunted those who heard them. Nobody knew what the narrow, mossy steps led to. Nobody knew what was lurking within.

One day, the heavy, wooden doors slowly began to open with a groan…

Can you continue the story of the mysterious door?

Write one of these conjuctions in each space to complete the sentences. Use each word once.

The door opened and the beast came out. The big beast had scary teeth and big claws. He looked scary He was kind.