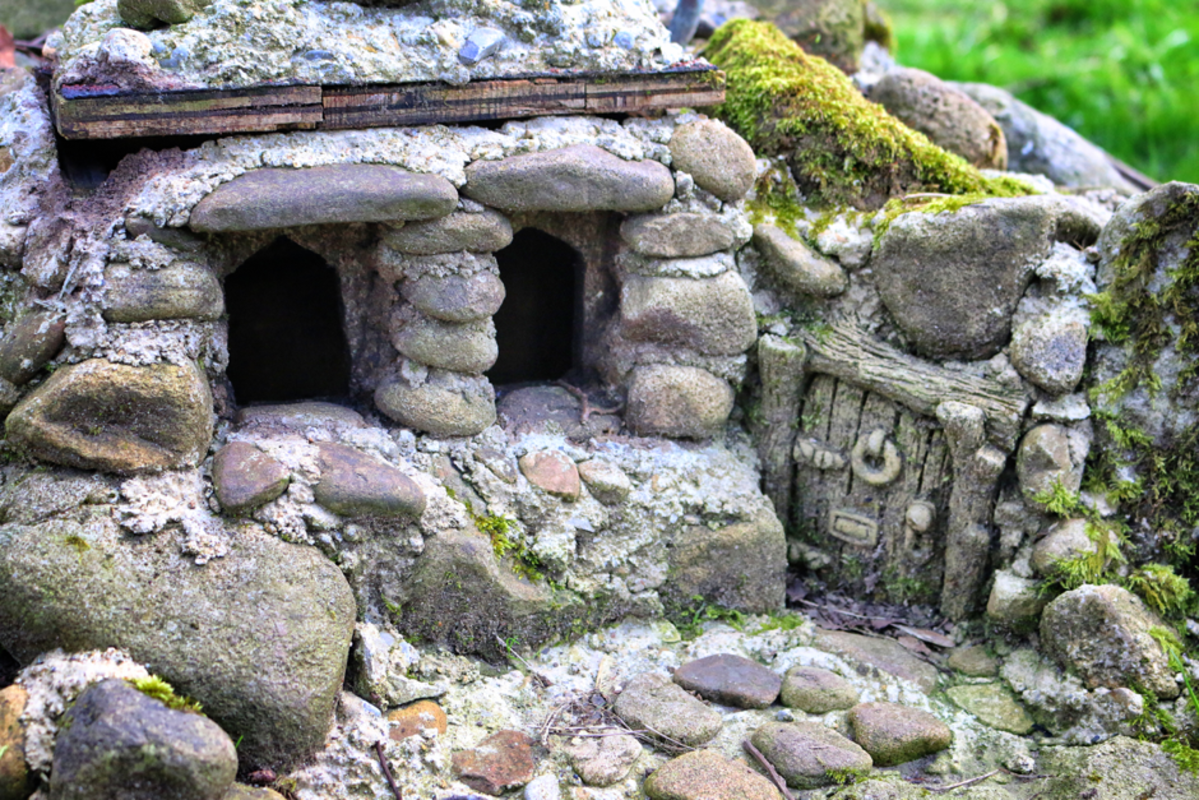 What will emerge from the tiny door?

How will the boy react to seeing it emerge?

‘The Borrowers’ is a book by Mary Norton about little people called ‘Borrowers’ who borrow things from people’s houses. What do you think the difference is between borrowing and stealing? Have you ever borrowed something, but then forgotten to give it back? Is that stealing?

If we borrow every single book from a library, is that borrowing? Is it still a library?

If I ask you if I can steal your pencil case and you say yes, is that stealing?

Can you draw a picture of what will emerge from the tiny door?

On a quiet day, you can sometimes hear them. Every now and then, there’s be a tapping or a scraping or a rustling from behind the door. Occasionally (if you’re patient enough to sit for the whole day and watch), movement can be glimpsed through the dark windows. Once, just once, the faint sound of whispering in hushed tones was heard.

The boy had spent his entire summer holidays wishing for something to emerge from the mysterious door. He had spent yet another sunny morning hiding in the tall grass at the bottom of his garden just staring at the door, hoping to catch a glimpse of something or someone extraordinary.

Can you use relative clauses to add extra information to a sentence using who, which, where, when, whose or that?

E.g. He could see the mysterious door at the bottom of the garden, which had troubled him for so long.

The young boy, who had been sitting there all morning, was delighted when the door began to open.

The tiny creature, whose eyes were the size of peas, emerged from the stone door.

The boy lay in the grass. He looked at the door. It opened. He gasped.