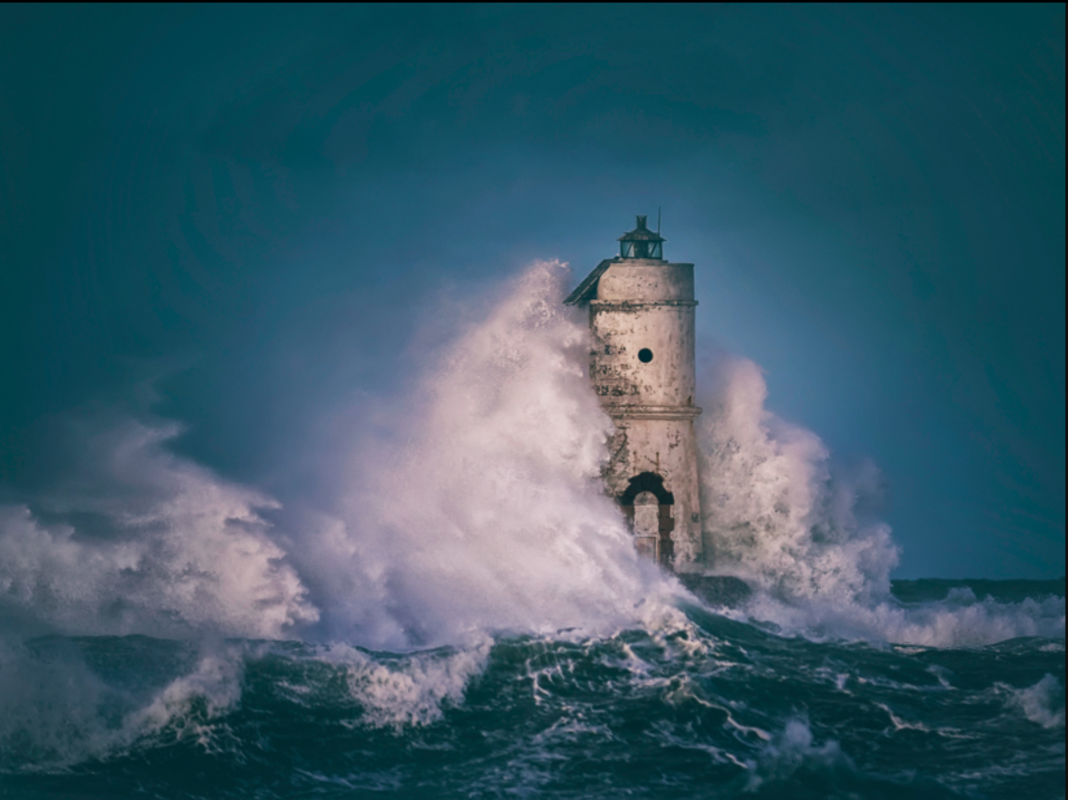 Can you describe what it feels like to be caught in a storm?

What do you think the men heard when they listened to the storm?

Why are they huddled together?

What is the purpose of a lighthouse?

What would happen if there were no lighthouses in the world?

How do you think someone first invented lighthouses?

Can you think of an alternative way to guide ships?

Do modern lighthouses require people to work inside them?

Can you draw what the men inside the lighthouse are doing?

The storm had been raging for hours. Like a besieging army tormenting an enemy’s ramparts, the waves battered on the lighthouse walls.

A group of men huddled in one of the cylindrical shaped rooms, flinching every time a wave rocked the lighthouse. Their hearts were in their mouths with every devastating blow: they half expected the walls to come tumbling down at any moment.

They turned their heads and listened to the sound of the storm. What they heard was truly terrifying…

What does ‘their hearts were in their mouths’ mean?

The waves hit the lighthouse. Some men were inside. They were a bit frightened. They could hear the storm outside.