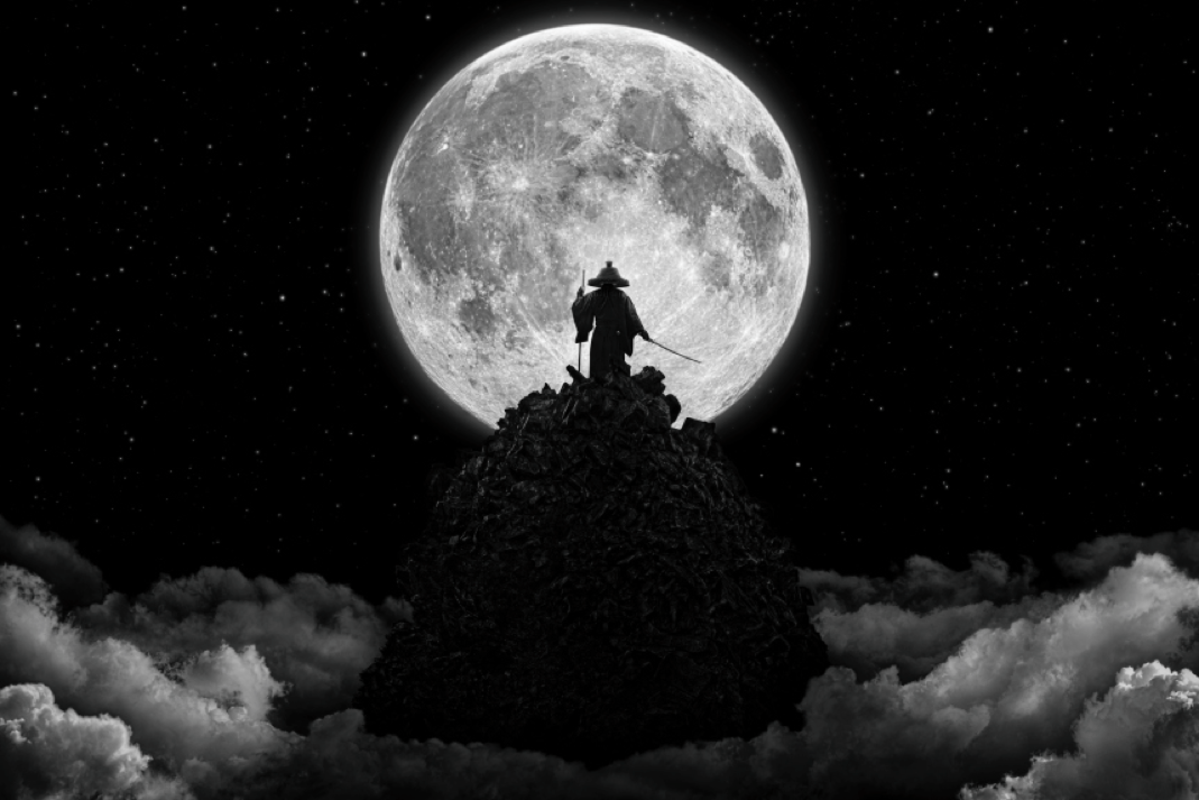 Can you think of any adjectives to describe the moon, clouds or warrior?

Can you use them to write a description or short story about the warrior?

Who is the figure in the picture?

What do you think ‘the last warrior’ means?

Why is he putting down his sword at the top of a mountain?

When the warrior mutters a prayer what do you think he is saying?

Does the word ‘mutter’ mean the same as ‘said’? Can you think of any other words that mean something similar to ‘said’?

Imagine that instead of a moon there is a sun in the picture. Can you draw or describe what the scene would look like?

It had taken all day for him to climb Tiger Peak. The climb had been torture, but now all the pain seemed worth it.

Sinking down to one knee, a mark a deepest respect, Master Chi took himself to a place of complete tranquillity. His senses had never seemed so alert. At this great height, towering above everything like a God, Master Chi felt almost invincible, a sensation he hadn’t experienced since his younger days when he was regarded by all as the greatest of warriors.

As he basked in the milky glow of the orb in front of him, Master Chi muttered a prayer; a snake-like hiss that was immediately carried off on the warm mountain breeze.

He gently lay his sword down by his side. The Age of the Warrior had long passed. He knew the time was right. The last warrior in the kingdom stood and turned his back on his weapon, turned his back on the majestic light that had guided him these many years, and strode away down the mountain.

The warrior is carrying a sword.

Look how sharp it is!

How did he climb so high?

Why is he up there?

The moon was big and bright. It shone in the sky.