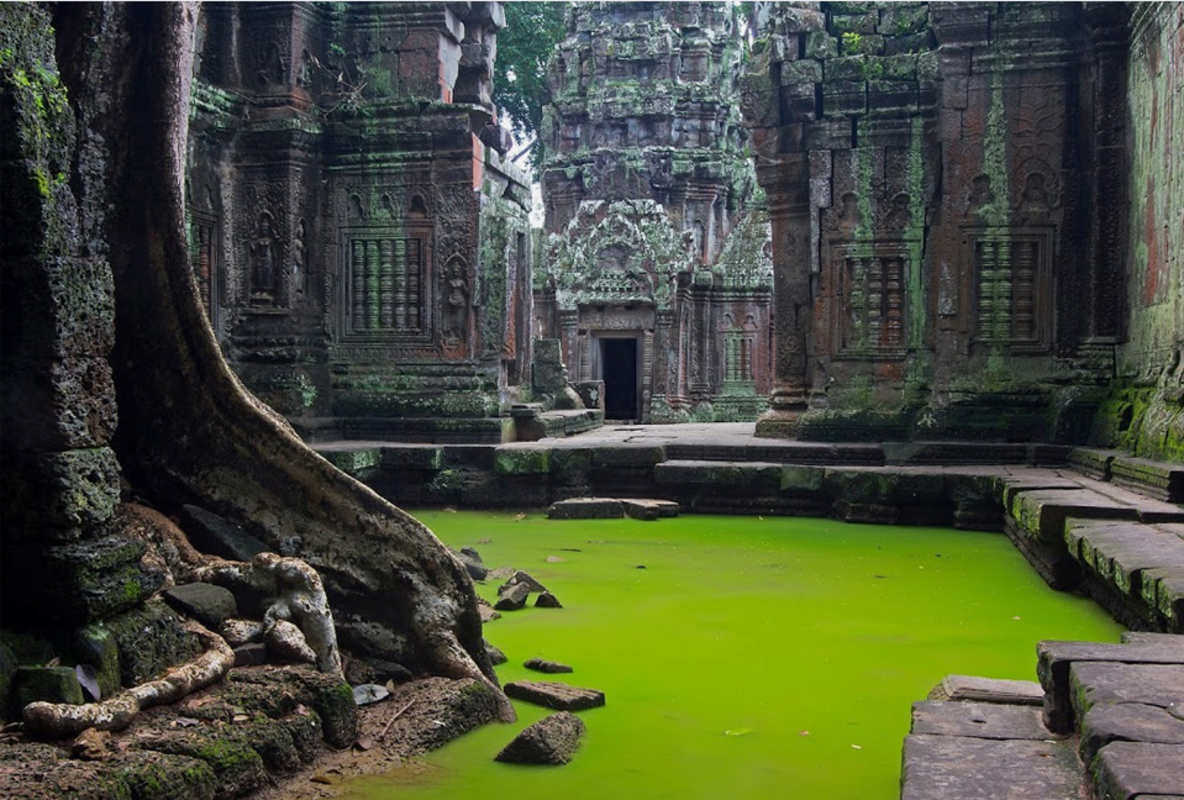 What does ‘trepidation’ mean? Why might they be feeling it?

Who are ‘the group’? Why are they in the jungle?

What does ‘curiosity and desperation got the better of them’ mean?

Would you venture into the temple?

Do you think all of the group want to go in?

Why is the floor green?

The humidity was unbearable. Perhaps when the entered the temple it would be cooler?

The group had been travelling together for days, fighting their way through the jungle. They had exhausted themselves wrestling with vines and branches, drenched in sweat as the heat attacked them.

All around them the air was heavy; each breath was a gasp. The jungle climate was oppressive, and they were in need of rest.

As the group hacked their way through the dense foliage with their machetes, they had glimpsed the hidden temple. Approaching the door with a sense of growing trepidation, they knew they had to go inside; curiosity and desperation had got the better of them…

Can you make a list of feelings to describe how you would be feeling before entering the temple?

Could you start a sentence with 1,2 or 3 of these emotions?

E.g. Nervous and shaking, I stepped through the doorway, preparing myself for the worst.

It was really hot in the jungle. I was sweating. I saw a temple it front of me. It was big and it was covered with green stuff.