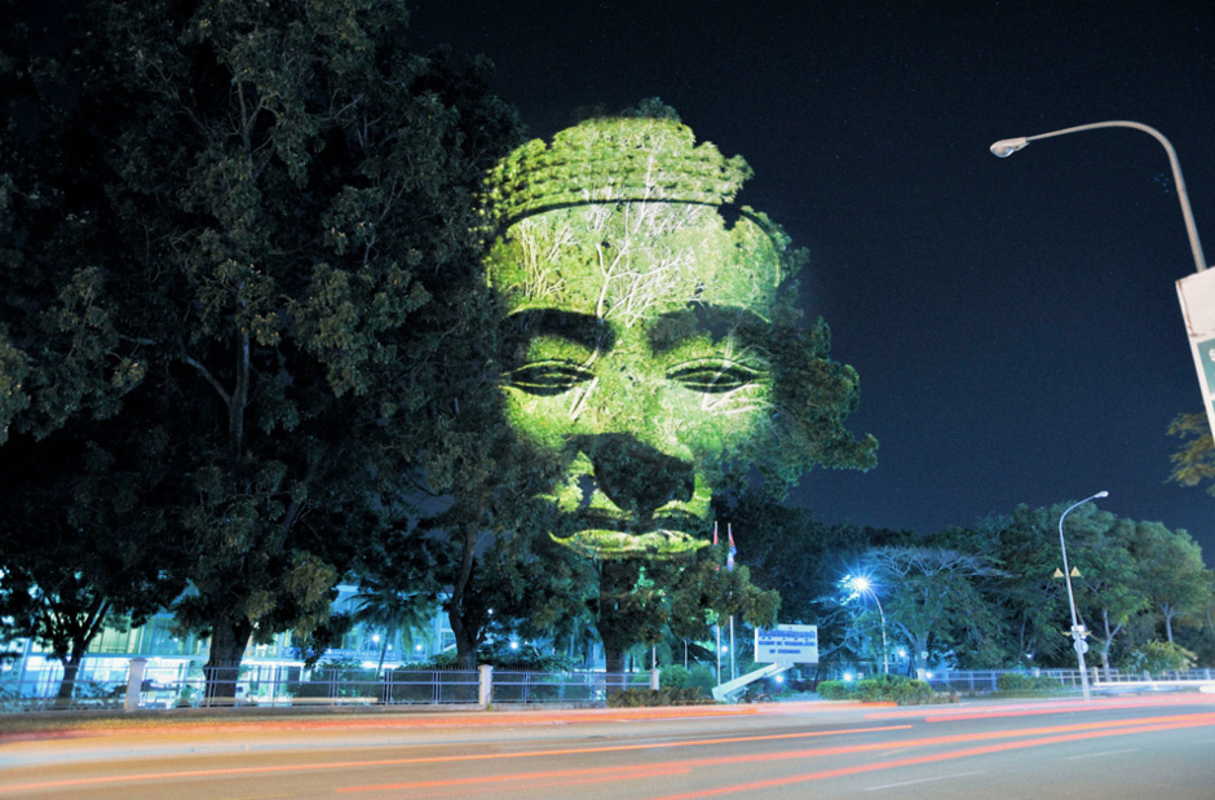 Would you rather be as tall as a giant or as small as a mouse, or exactly as you are?

If you could be any colour, what would it be and why?

Where do you think this photograph was taken?

What could be causing this?

Imagine the rest of the green giant appears. Can you draw/describe what they would look like?

At first it had been an eye; an enormous, lidless, green eye, hovering there above the road. A few hours later, another eye had joined it.

It was then that people had started to take notice. Passers-by stopped and stared, wide-mouthed, at the mysterious vision that had appeared seemingly out of nowhere.

By the middle of the night, the full green face could be seen. The world was now taking notice. Broadcast on TV screens across the planet, the vision was causing quite a stir. People watched expectantly, glued to their televisions and radios and laptops around the world, waiting for the next part of the puzzle to unravel…

The green face shone and sparkled in the lights.

A car drove past suddenly.

A crowd started to gather and take photographs.

The face hovered above the road menacingly.

Can you use interesting verbs in your writing today? How about some of these:

It was a dark night. A big face appeared in the sky.