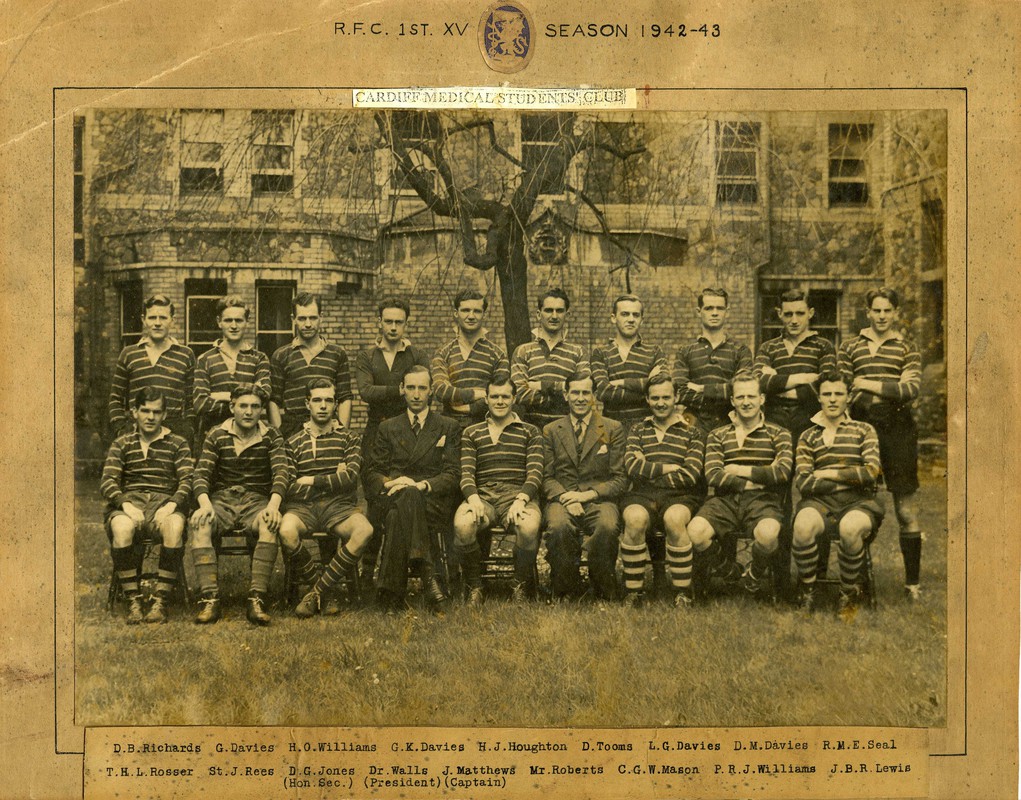 Who do you think The Greatest Team are?

Why do you think that the man on the back row is wearing a different coloured jersey?

Who are the men in suits?

What do you think the building in the background might be?

Why are the rugby team so closely bonded together?

Why do you think they will need each other more than ever now?

What does it mean by 'tougher opposition'?

Why is it their final photograph?

Can you draw a picture of what the team will be doing in a month's time? Will they all be together do you think?

They had been through so much together over the past months and years. They were well known throughout the land as the greatest rugby team, and every Saturday they had tested themselves against the best opposition across Britain. They had given blood, sweat and tears on the rugby pitch for each other, sticking together through thick and thin. Posing for their final photograph, the greatest team felt incredibly close; a band of brothers, bonded together through their shared passion, dedication and friendship.

Now that Britain was at war, they knew things would be different. They would have to test themselves against tougher opposition. Now, they would need each other more than ever...

Can you use your imagination and think about what colours you might be able to see if the picture wasn't blank and white?

Once you've done that, can you add adjectives to the following sentences?

The players wore jerseys, shorts and socks. One their feet were boots. They were standing in front of a building.

These sentences are 'sick' and need your help to get better!