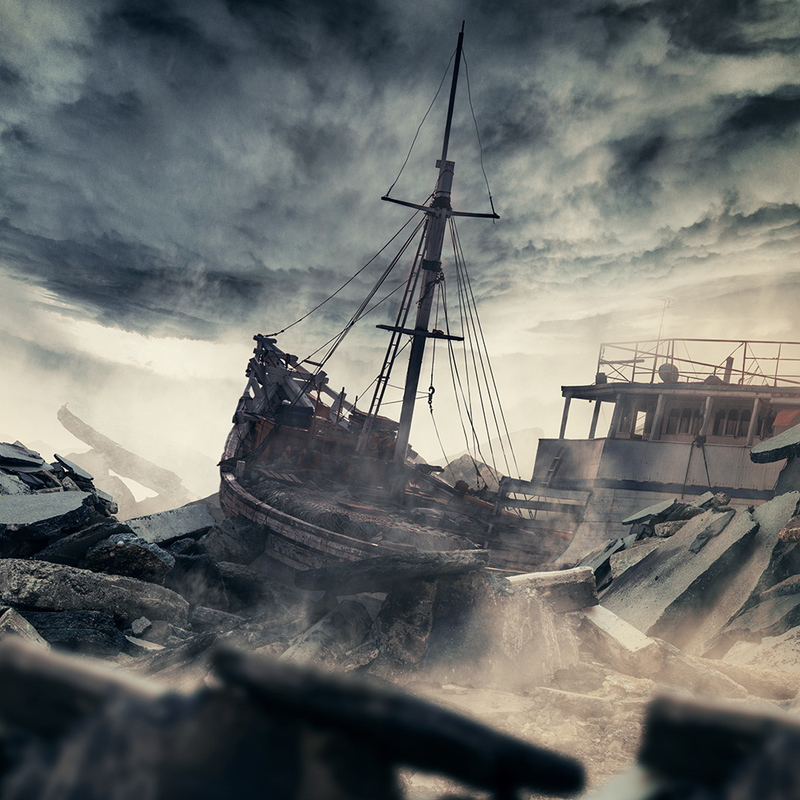 In Greek and Roman mythology, people believed that the weather was controlled by Gods who sat in the clouds controlling the events on Earth. If you were one of these Gods, what would you control and change? How would you make sure the people on Earth had happy and interesting lives?

How do you think this ship has ended up here?

Have you ever been caught in a storm? How did it make you feel?

What do you think really causes a storm?

Imagine this picture was taken before the storm started. Draw/describe what you imagine the scene would have looked like.

The wind howled menacingly like a wolf at the full moon. Lightning licked across the evil sky: a serpent’s tongue tormenting the clouds. The Earth began to shatter…

Can you continue the story using similes and metaphors to paint a vivid picture in the readers mind of The Greatest Storm?

A preposition is a word which shows the relationship between one thing and another.

It may tell you where a thing is in relation to something else. E.g. The juicy, red apple was on the book.

It may tell you when something is in relation to another event. g. She refused to leave the house until the postman had been.

These sentences are sick, and need to be made better. Can you help?

The clouds were grey. They were in the sky. The ship was broken.