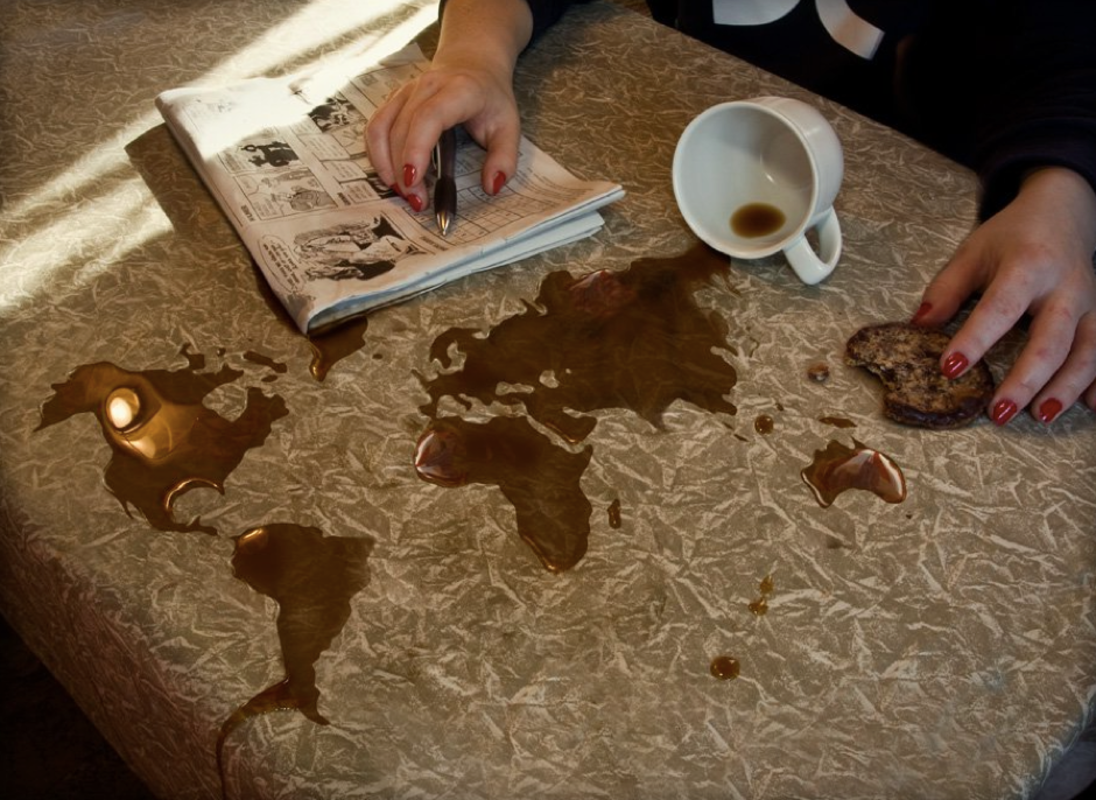 What do you think the biscuit was used for?

What do you think the expression on the lady’s face would show?

If you designed a world, what would it be be made from?

Where would it be based?

How would you look after your world once it has been created?

Would you keep it a secret or will you tell everyone?

Can you create your own planet? You could draw and describe it. Would the land be all joined together or spread out like the Earth? Would there be seas in between? What colour would it be? What could it be made from?

And so it began…

One accident, one collision and one fortuitous moment led to a series of unlikely events unfurling: the beginning of the world.

She couldn’t believe her eyes… Tiny little specks appeared on her kitchen table. On closer inspection, these little specks turned out to be people, tiny little people, all feverishly and tirelessly building their world on her table-top. Before long, tiny buildings had been constructed, forests and mountains had grown, and there were even little vehicles making their way across coffee-stained continents.

She had never even imagined in her wildest dreams that any of this had been possible, and little did she know, things were about to get even more extraordinary…

Read the sentence below and circle all the adverbs.

Hundreds of tiny, yellow lights shone brightly across the table-top, while people scurried busily around.

She spilled the coffee. It made a pattern on the table. She was amazed.