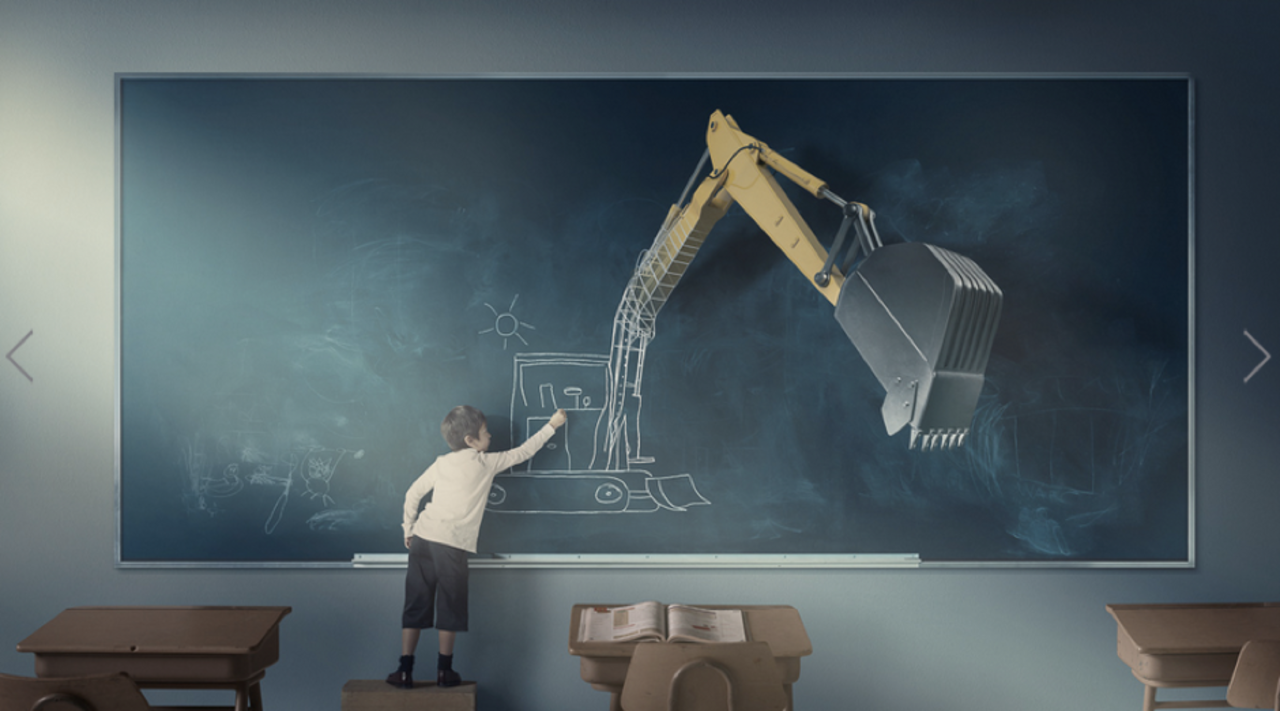 What is Danny drawing in the picture?

What do you think Danny’s teacher and classmates think about his talent?

If you could draw anything, what would you draw?

If you drew a mountain of money, how would you spend it?

How could you use your skill to help people?

Imagine you possessed Danny’s powers. Can you draw a picture of something you would like to come alive?

Everyone has a favourite subject at school. Danny’s was art. To everyone who met Danny, it was obvious why this was the case.

If you ever visit an art gallery, you may hear people say things like “Isn’t this painting wonderful? Just look at how the incredible brush strokes bring the objects alive!” Now this kind of comment was entirely put to shame by Danny’s skills. You see, the paintings that Danny did ACTUALLY come alive!

Casually standing on a box at the front of the classroom, Danny held the small, crumbly piece of chalk in his hand. Pressing it against the blackboard, he skilfully continued sketching his latest masterpiece…

When you finish your writing can you make a tally chart showing how many times you have used the following word classes: noun, adjective, verb, adverb.

A noun is an object or thing. An adjective is a describing word. A verb is an action, and an adverb describes the verb.

Can you start by counting the ones I have used below?

The boy stood on a box. He moved the chalk across the board. He drew a picture.