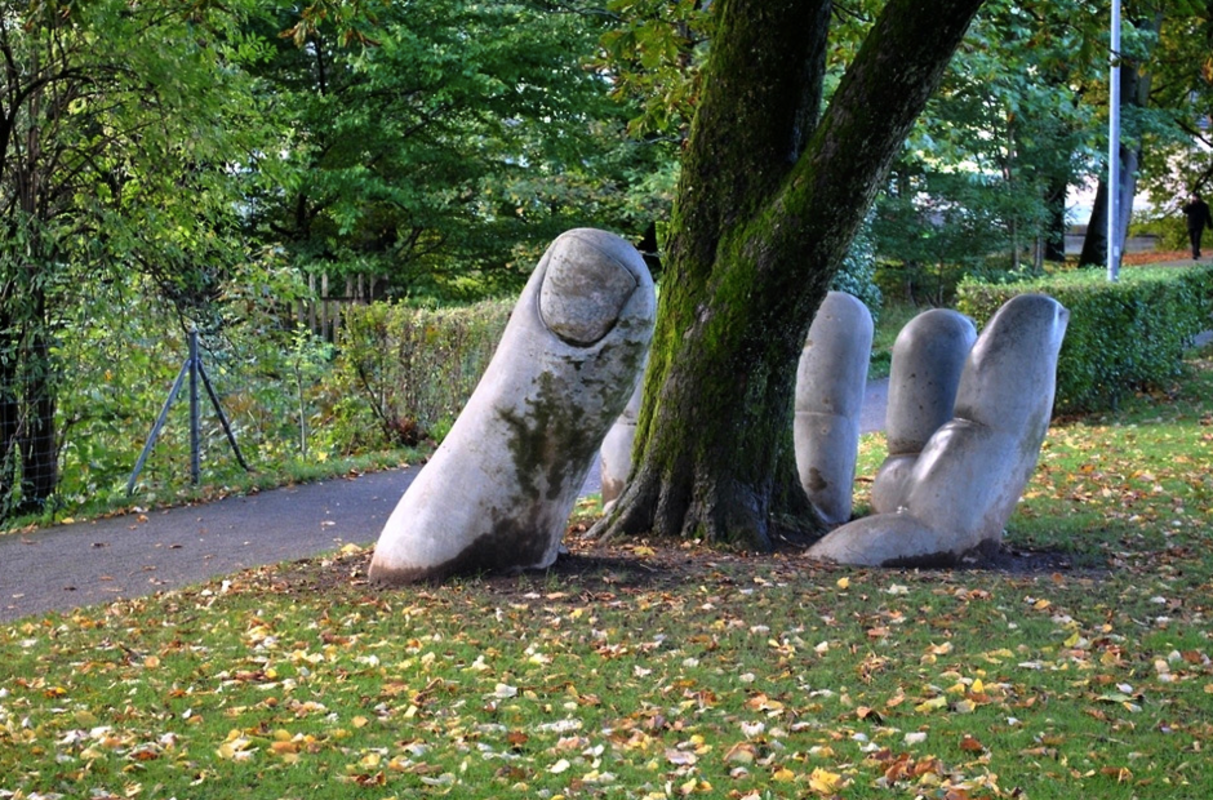 Can you describe the giant as he emerges from the ground? What has caused the almighty groan?

What do you think the giant will do now that he is awake?

Are people in danger?

What had happened the last time he awoke?

What had caused him to sleep again?

How would you react to seeing him for the first time?

Imagine the entire giant has now emerged from the ground. Draw or describe what he looks like.

For a thousand years, he had been sleeping; now, he was awake.

The ground began to shake. A colossal, monstrous hand, which had been lying motionless in a seemingly eternal slumber just minutes earlier, emerged from the earth.

There was an almighty groan…

Can you use these fronted adverbials to write sentences?

After his one thousand year sleep,

A hand came out of the ground. It got the tree with its fingers.