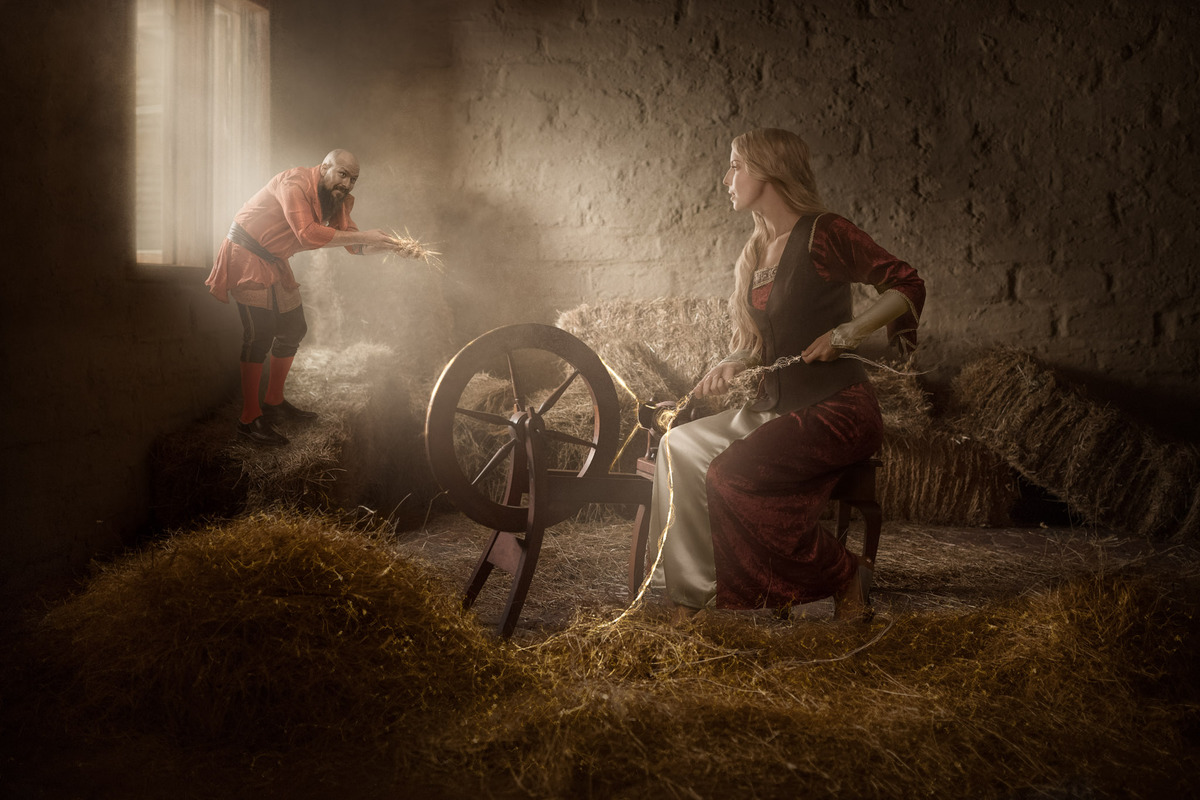 Who are the two characters in the picture?

What is ‘an unthinkably gruesome fate’?

Discuss the King’s behaviour. What type of man do you think the King is?

How do you think the miller feels, given all that is happening to his daughter?

What is a miller?

Is Rumpelstiltskin good or bad? You may have to do more research into the Grimm fairy tale before you pass judgement.

Which other Grimm fairy tales are you familiar with? Do you have a favourite?

Can you draw a picture of what might happen now that Rumpelstiltskin has arrived?

Having been locked inside the tower for three days the miller’s daughter was beginning to despair. The King had told her, in no uncertain terms, that this was a life or death situation; she would either spin the straw into gold, or she would face an unthinkably gruesome fate.

Just as she was about to give up all hope, with her calloused hands uselessly pleading with the spinning wheel for an unlikely miracle, something unexpected happened…

Over by the open window, where rays of sunlight poured into the cramped enclosure, there appeared a small and peculiar being...

E.g. The girl, who had been spinning for several hours, was beginning to give up hope.

The clause often begins with ‘who’, ‘which’ or ‘with’.

Commas should surround the relative clause.

The girl sat in the tower. She was trying to spin straw into gold for the King. The room was big and drafty. A creature appeared at the window.