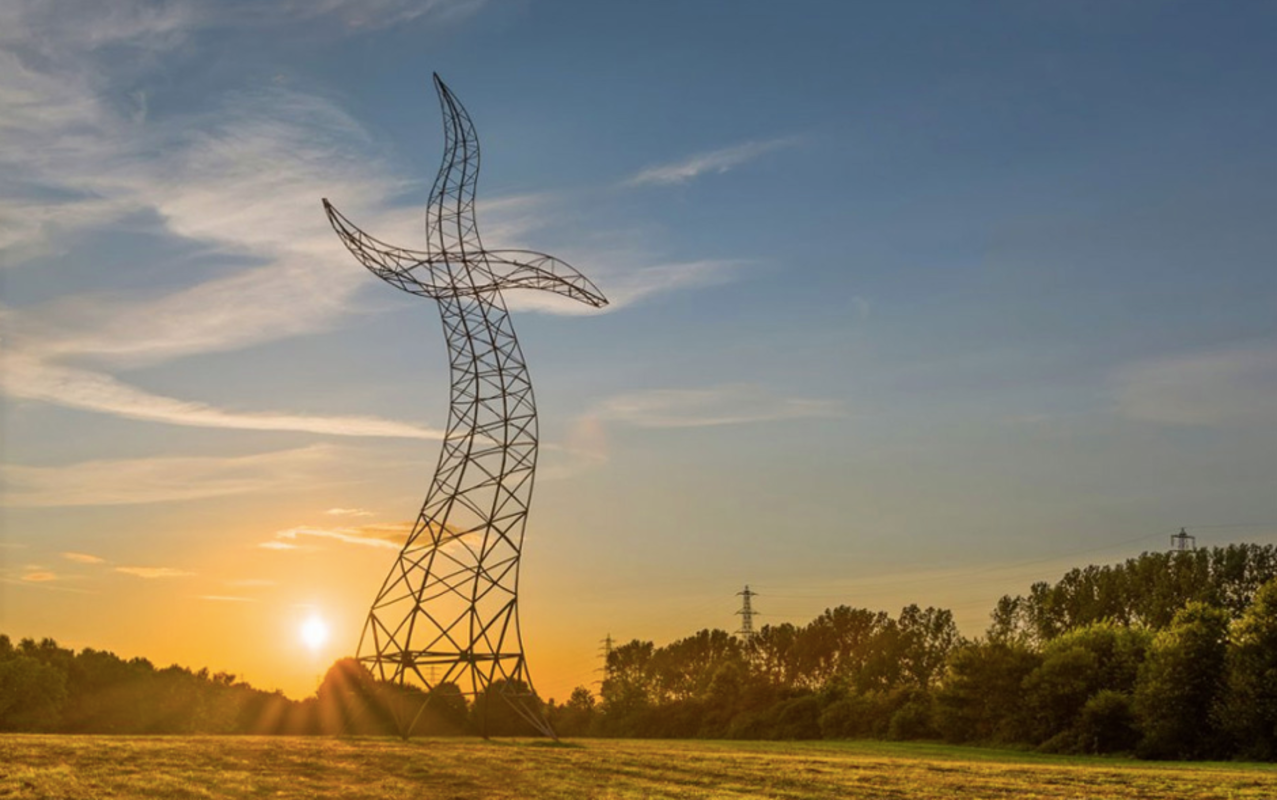 Why do we place electricity pylons across the countryside?

Electricity pylons carry power generated from power stations which is a non-renewable source of power. What renewable ways do we use to create energy?

If you could generate power in a green, renewable way what would you do and how would you do it? Write or draw what you think!

Rising in the early hours of the morning, the sun’s rays shone over the plains like a golden river and revealed an improbable, fanciful sight. Bizarrely, the power had surged to such high levels that the pylon began to screech, began to wave, began to move!

Slowly but surely the pylon lifted, creaked like ancient branches of an oak tree being ripped in the wind, then took its first unsteady steps.

Can you use a simile to describe something you can see in this picture?

e.g. The golden, glistening sun rose the like the bud of a fledgling flower.

The pylon was big.

the trees at the edge of the field were green?