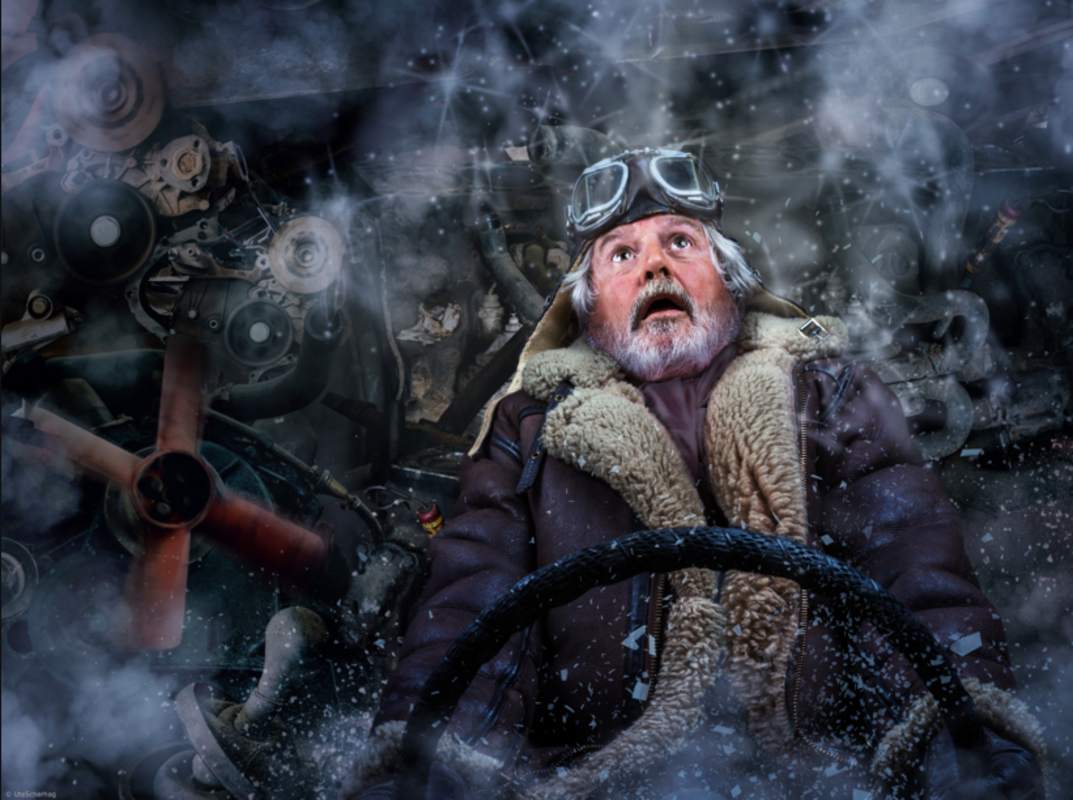 What vehicle is the driver operating?

What might he have seen in front of him?

Is there anyone else depending on the driver to salvage the situation?

What happens to your body when you start to panic?

Have you ever panicked? How did you overcome the feeling?

Can you draw what the driver has seen out of the window?

You could also draw the vehicle the man is driving.

The driver glared at the sight in front of him. He simply couldn’t believe his eyes!

The blizzard continued to swirl all around them, making it even more difficult to steer. He knew he had to act quickly, or else it would be too late.

The distracting whirling and clanking of machinery all around him didn’t help to settle his nerves, but he knew he had to wrestle control of his emotions: his next move was to be a defining one…

‘Show, don’t tell’ is technique that writers use to describe a character’s emotion. Rather than telling the reader how a character feels, you can show them what happens to their body.

Can you use ‘Show, don’t tell’ to describe the driver’s feelings?

He looked out of the window. It was snowy. He was scared. He could see something.