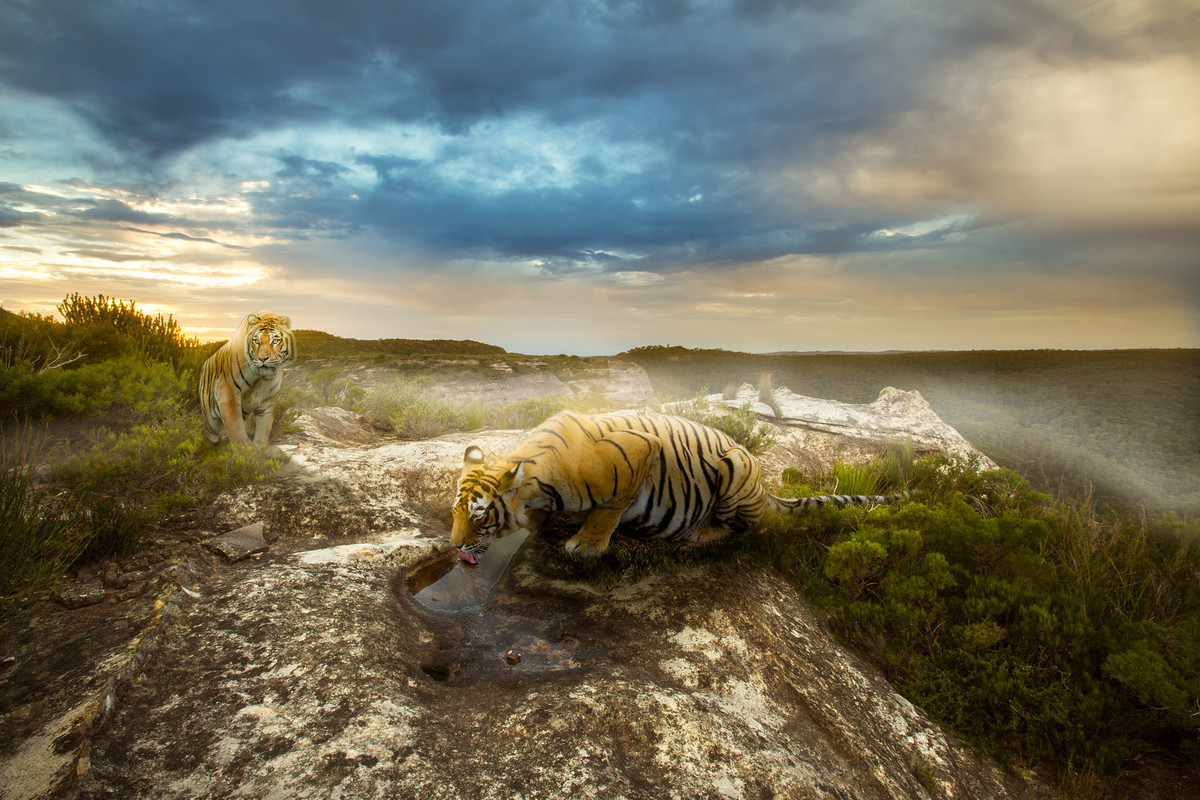 What time of day is it in the picture?

Why is only one tiger drinking from the pool?

Do the tigers know each other?

Why are they ‘on the prowl’ together?

What does the word ‘prowl’ mean? What does it suggest the tigers are doing?

Where will they go once they have finished drinking?

Where in the world would you find tigers? What is their natural habitat?

How do you feel about the fact that some tigers live in captivity?

Imagine you can read a tiger’s thoughts. Can you draw what might be in each of the tigers’ heads? What are they thinking about?

These two superheroes had had a lifetime of saving lives. Day after day, they had battled the streets fighting crime and protecting innocent people from the clutches of evil

Now, their lives were slightly less busy, as they left saving the world to younger superheroes. However, they still had the energy for one last mission. The phone began to ring...

Make a list of all the different colours you can see in the picture. Can you write a paragraph to describe the scene in the picture, using lots of these colours?

Can you then replace all of the colours you have used with alternative words for those colours? E.g. sapphire instead of blue. Emerald instead of green. Charcoal instead of black.

What effect does this have on your writing?

The tiger drank from the pool. It was big and orange. It had stripes. It held its body close to the ground as it drank.