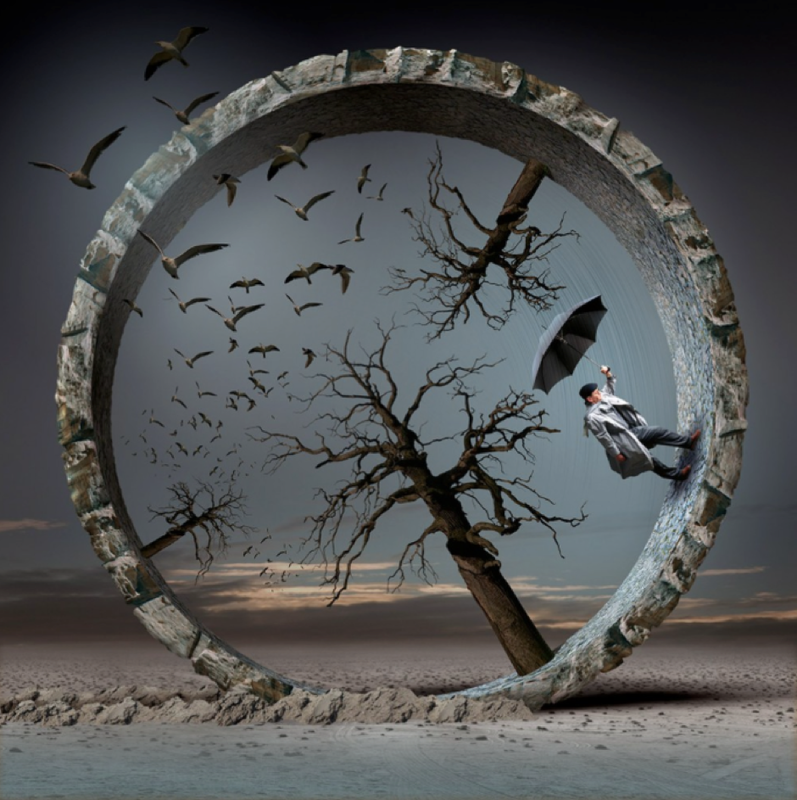 Why is the man having the same dreams again and again?

What do you think he means when he says it feels like his life is ‘on repeat’?

How is the man going to change this cycle that he’s in?

Why do you think there are birds and trees without leaves in his dream?

Why does it always rain on him in his dream?

Look at the surroundings. Where do you think his dream takes place?

How will the man make this dream disappear from his life?

Do you think the birds in his dream are also dreaming themselves?

Have you ever had a dream that you think might have a meaning?

Can you draw a picture of what your perfect dream would look like?

In his dream he kept on walking. Round and round in circles he would go, trudging along the same, never-ending pavement again, and again, and again. It was like he was stuck on an enormous hamster wheel!

When he awoke each morning, startled by the feeling of being trapped that he experienced night after night, he would ask himself ‘why do I keep having the same dream again and again?’, but then it would dawn on him: his dreams were on repeat because it felt like his life was on repeat. Something had to change…

Can you use a series of questions in your writing? Remember to use a question mark!

E.g. Why was he having these dreams? Did something in his life have to change? What could he do to break to cycle?

The man walked on the pavement. A flock of birds went past him. It was raining.