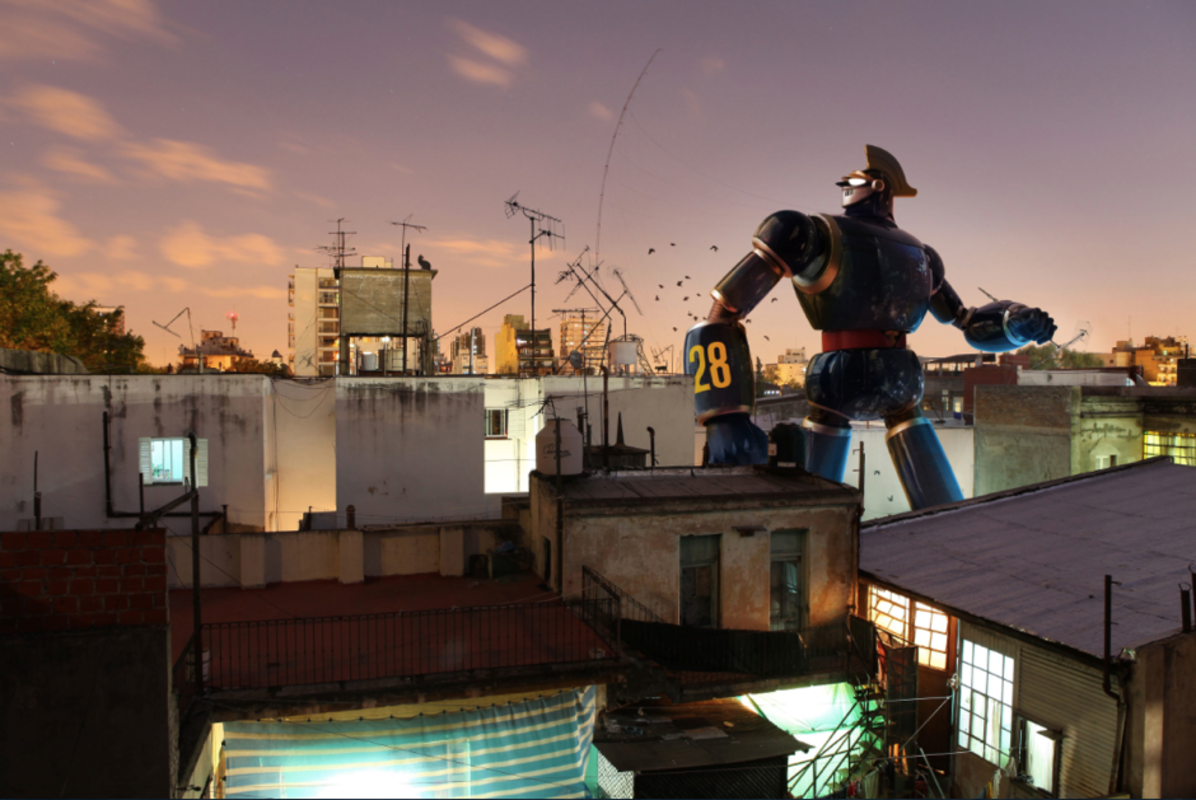 Who/what is Number 28? What is his mission? Where has he come from? Who is he speaking to?

Do robots have feelings? Will there be robots around in the future?

If we all had a personal robot that belonged to us, would this be a good thing or a bad thing?

Does a robot need to eat food, or do they need fuel?

What is the difference between fuel and food?

Can you design a robot? Think about what it looks like, and what things it can do!

Thump…Thump…Thump…His footsteps thundered down the road, causing passers-by to stare in amazement, dogs to howl in back yards and alarmed old ladies to peer out of their bedroom windows wearing petrified looks on their faces.

His legs were as long as oak trees, his torso was as wide as a house and his fists were as heavy as tractors: this metallic monster meant business.

“Number 28 checking in. Over.” He spoke into the radio set, built in to his helmet.

His instructions crackled back through the earpiece. He knew what he had to do…

He was really big. People were scared. His big body walked down the street.