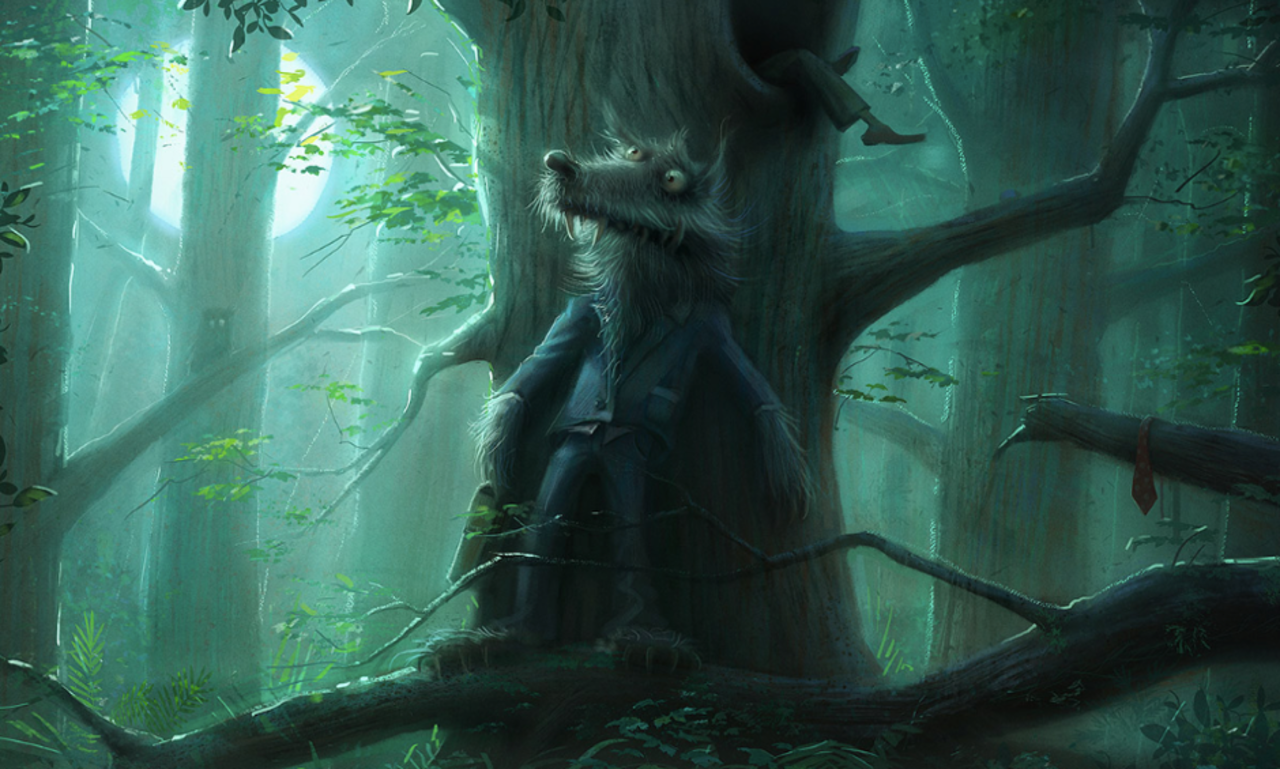 Where is the person trying to escape Mr. Wolf?

Who is he/she and why are they being chased?

What kind of character do you think Mr. Wolf is?

How do you think Mr. Wolf found the person?

Why is he dressed in a suit?

What is it like inside the tree? How is the person feeling?

If you were inside the tree, how would you escape?

Can you draw or describe the character inside the tree?

In the deepest, darkest depths of the forest, Mr. Wolf waited.

His disguise hadn’t worked, but that didn’t concern him. Now, the boy thought he was safe. Mr. Wolf didn’t think he was. Mr. Wolf knew exactly where he was. He could sense him. He could smell him. He could almost taste him…

Can you use them continue the story about the wolf?

An article specifies a noun as known or unknown.

Can you identify the determiner(s) in the sentence below?

The wolf had been chasing him for miles, so he took off his tie and jumped into a nearby tree.

The wolf had big eyes and big teeth. He had fur and wore a suit.