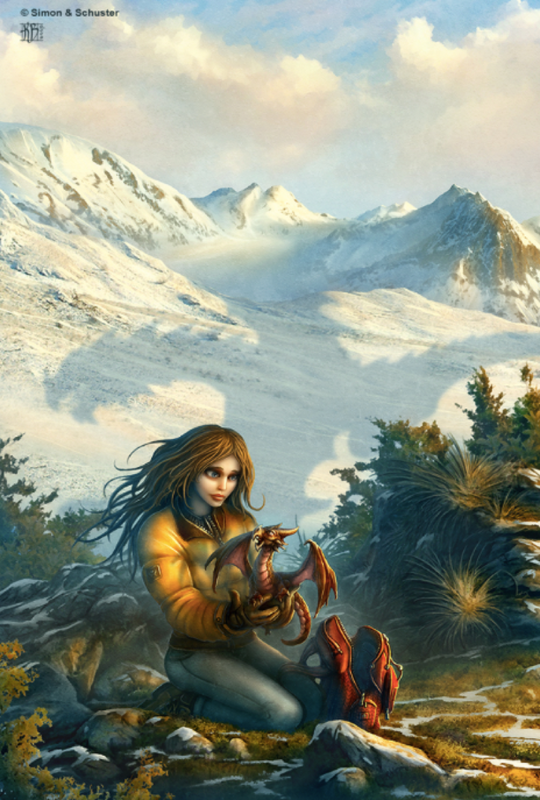 Where do you think Zoya got the dragon egg?

How did she get it to hatch?

Why has Zoya left home?

Did she tell anyone about the dragon?

What do you think she is planning to do with the dragon?

Where is she taking it?

How will she feed it?

What is causing the shadow in the snow behind her?

Can you draw a dragon’s egg? How big do you think it would be compared to a hen’s egg? What colour (s) would it be?

When the dragon had hatched, crawling out of its shell onto her bed, Zoya knew that her life would never be the same again.

She had brought the dragon far away from her village; away from the people who would hurt it and take it away from her. As she held it in her hands, feeling its claws affectionately digging into her fingers through her gloves, Zoya knew that exactly what she had to do. What they had to do. Together.

The dragon gazed at her. She could see the flames burning within its eyes. It was totally dependant on her, as a new-born child is to its mother. And yet, strangely, she felt dependant upon the dragon as well; dependant upon what it was and what it would become in time.

They would become inseparable. Their futures were entwined. Their adventures were only just beginning…

Zoya held the dragon in her hands. It had scales and wings. It had a beak and horns. She felt excited.