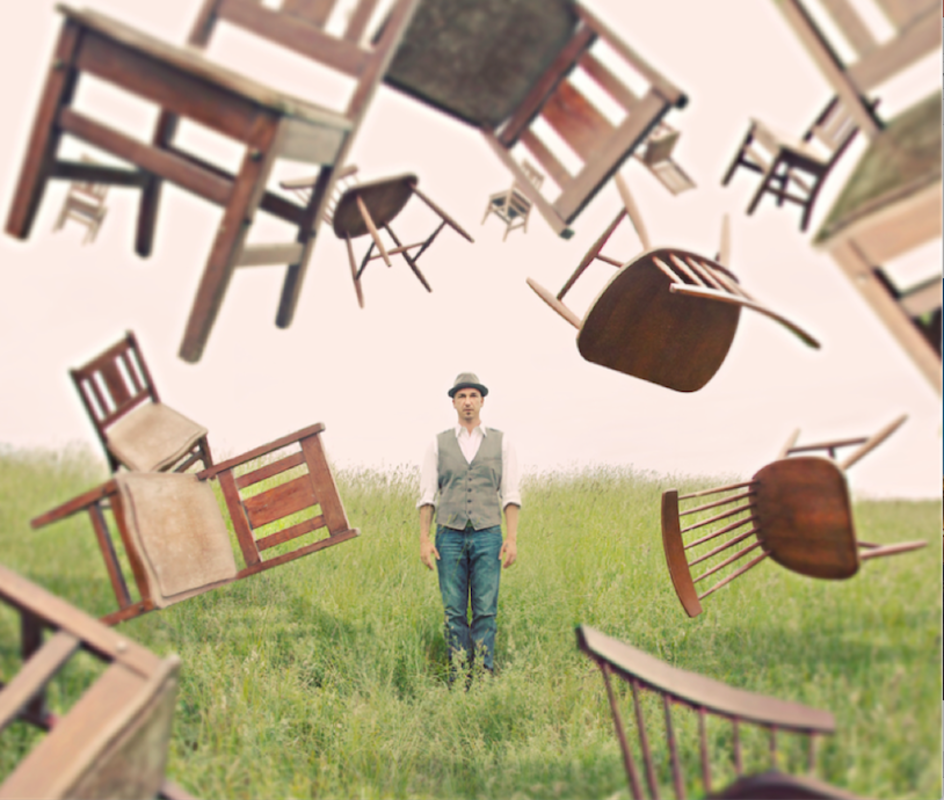 Why do you think the man practices his magic using chairs?

What other magic do you think the man possesses?

Why do you think he is in a field?

If you could perform magic, what power/ability would you most like to have?

Think about an amazing magic trick you have seen or heard about. Maybe you could learn one, or perform one in front of your class! Could you then draw a picture of the trick? You could even write some instructions telling someone how to do it!

He held them with his mind. He controlled them.

The chairs swirled around him, dancing as if held by invisible strings. He practised on chairs, however his powers allowed him to manipulate things far more complex than that…

Can you write a story about the man who can perform magic?

Which ending would make this word an adverb?

Can you use adverbs in your writing today?

Perhaps you could use adverbs to show the possibility of something happening e.g. perhaps, surely, possibly, maybe.

Perhaps she would find other people soon.

The chair floated in the air. The magician used his powers. He wore a hat and a waistcoat.