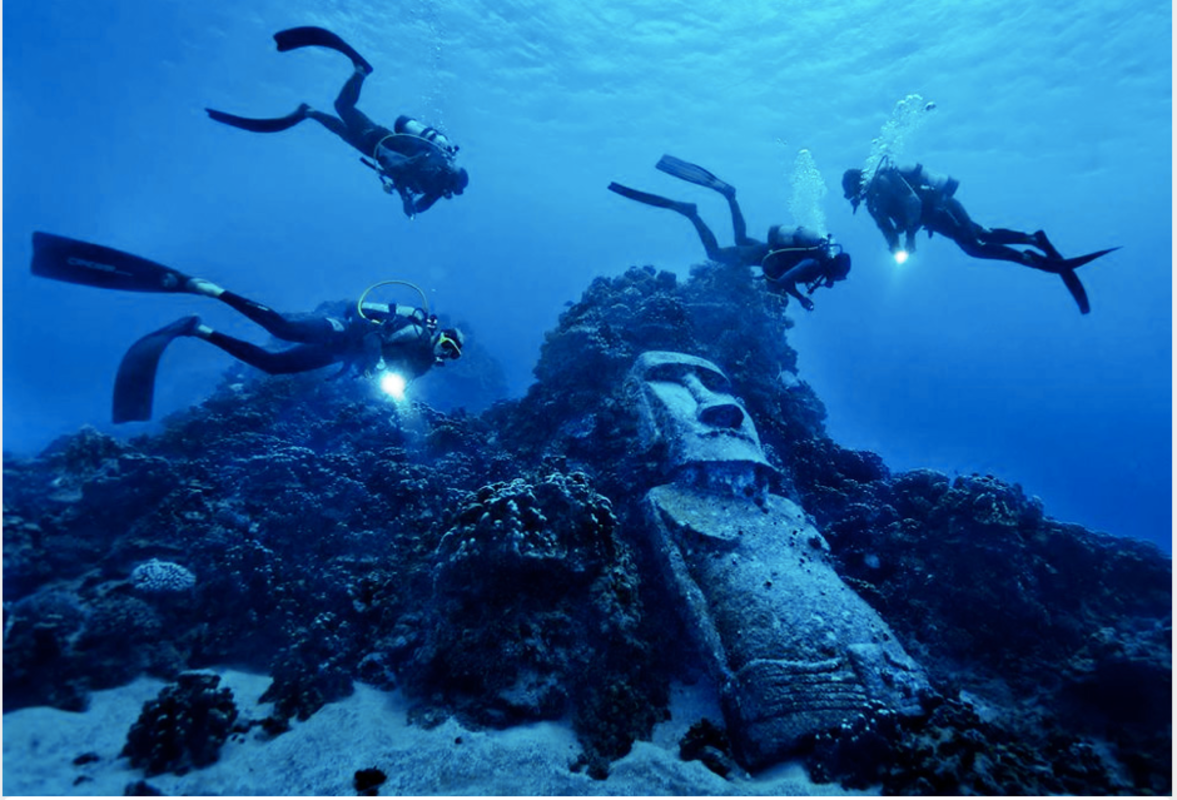 What feelings do you think the divers are experiencing?

Do you think the divers should leave the stone giants where they are, or put them in a museum?

What do you think is about to happen in the picture?

Imagine you are one of the divers making the discovery. What else will you find buried underneath the sand? Draw or describe what you have imagined.

For hundreds of years they had been sleeping.

The ocean had been their home since that terrible day, when they had been banished to this prison of endless ocean.

Now that they had been rediscovered, the time for waiting was at an end. The divers were shocked when they saw the colossal, stone giants begin to stir in the water. It was time…

Write one of these conjunctions in each space to complete the sentences. Use each word once.

The diver went through the water. He saw a figure in front of him in the sand.