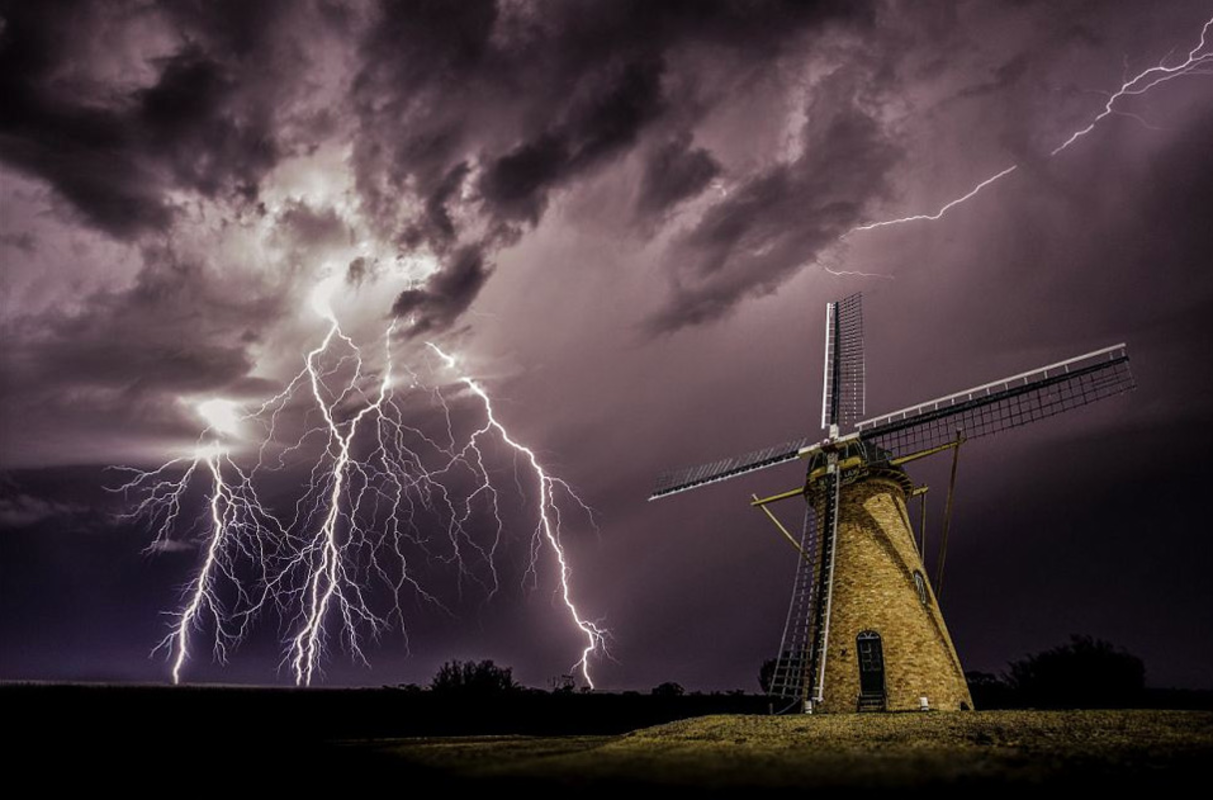 Why are they thinking about that particular question at the beginning of the story starter? What meaning does the question have?

Who is it inside the windmill?

Have they been inside the windmill before?

Is the windmill a good place to shelter from the storm?

How might the characters inside the windmill be feeling?

Have you ever seen a thunderstorm? What was it like?

What causes a thunderstorm?

Can you draw what the best and worst things to do in a thunderstorm are?

Lightning never strikes twice, does it?

That was the question that occupied their frightened minds as they crouched, huddling together, next the pile of dusty sacks in the base of the windmill…

What sounds could you hear during a thunder storm?

You might be able to think of some onomatopoeia.

Could you write a sentence or short paragraph describing what it would be like to be caught in a storm, using some of your ideas from above?

They were in the windmill. They were frightened. They could hear loud noises. It was dark.