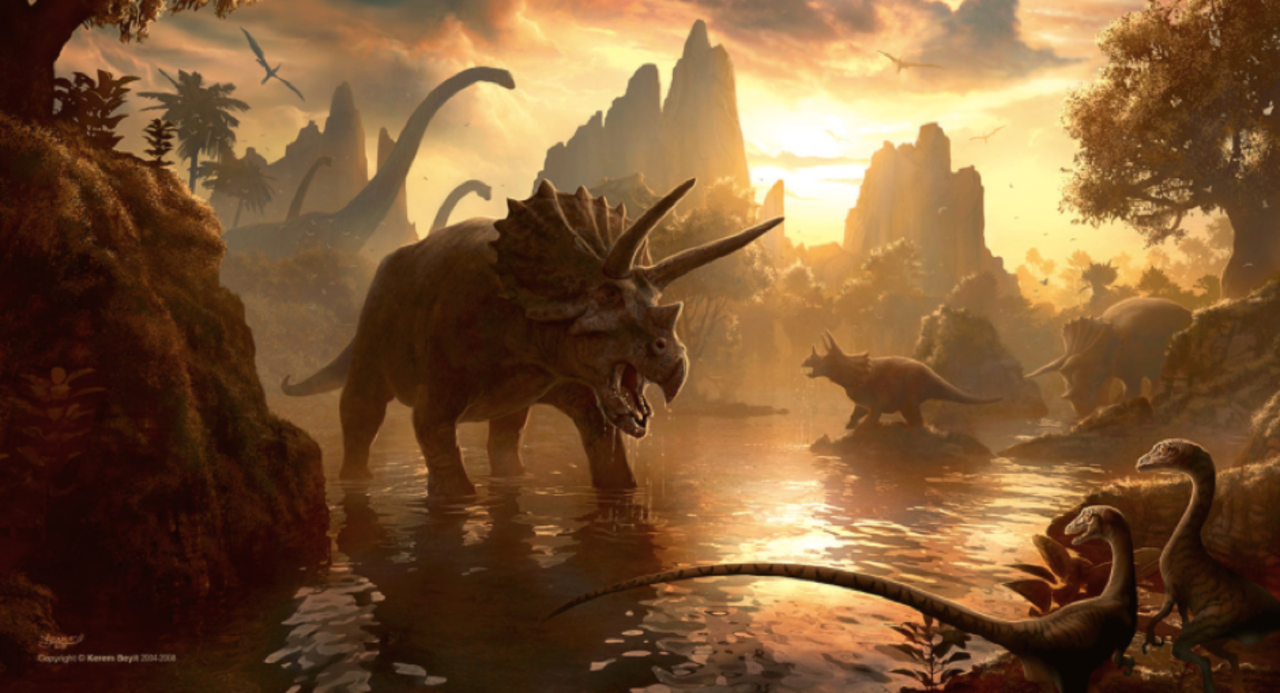 How do you think the dinosaurs feel when they hear the T-Rex coming?

What do you think the T-Rex is thinking?

Which of the dinosaurs do you think is the safest?

Can you see any similarities between dinosaurs and animals that live on the planet today?

How has our world changed since the dinosaurs lived?

Can you draw a particular type of dinosaur? Can you think of adjectives to describe what it looks like?

The dinosaurs all gave a simultaneous roar. It was coming…

Moments before, the lake had been quiet and peaceful. As the golden sun rose above the shadowy, jagged mountains on the horizon, creatures came from far and wide to enjoy their early morning drink from the tranquil pool. All they could hear was the gentle lapping of water and contented grunts as thirsts were quenched.

Then they had heard them: footsteps in the distance. Thump…Thump…Thump…It could mean only one thing: a T-Rex…

Can you continue the story of the dinosaurs?

Circle the article(s) in each sentence below.

The T-Rex came thundering through the bushes.

They heard an almighty roar.

A row of sharp teeth appeared above the treeline.

The dinosaur drank the water from the lake. It had skin and horns. It moved its tail in the air.