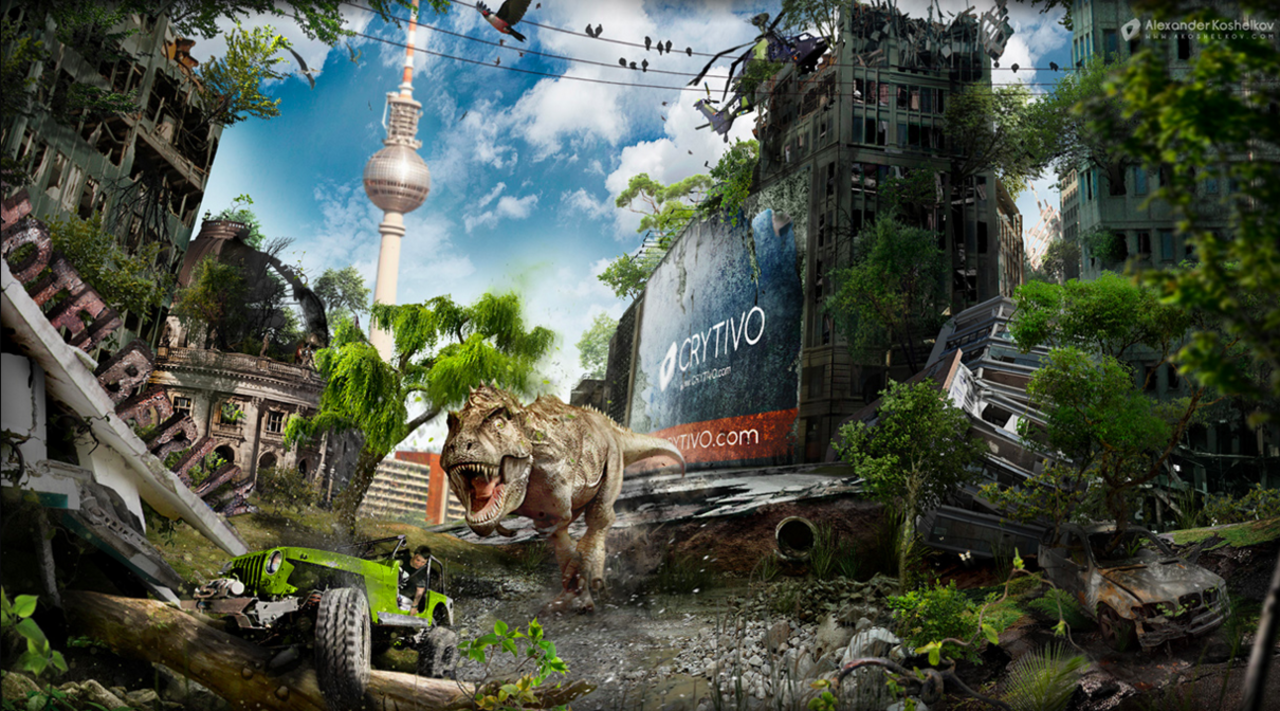 How do you think Tim is feeling?

What has caused the jeep to stop moving?

Why is he all alone and being chased by a dinosaur?

Are there other dinosaurs or people close by?

How will Tim manage to escape?

If you could bring back the dinosaurs, would you?

Might it be possible to bring them back one day?

Imagine you are in charge of designing a dinosaur theme park. Can you design a visual plan? Think carefully about making it safe for the public and the dinosaurs.

The engine screamed as the wheels spun round. His heart pounded. Tim knew that he only had seconds to act.

There was a long, moss-covered log wedged underneath the jeep, preventing it from moving. The wheels continued to spin pointlessly, smoke starting to billow out from underneath the bonnet.

A terrifying roar filled his ears, and he knew the monster was right behind him. He could feel the ground shake beneath him as its gigantic feet collided with the ground. He knew what would happen if it caught him, and muttered a prayer beneath his breath.

Tim suddenly found himself lunging forward. He realised that the wheels must finally have found some traction, and he breathed out with relief as he sped off onto the path once again; the wheels of the jeep content to be chewing up the firm gravel once again.

The chase was back on, and the T-Rex let out another blood-chilling roar, determined not to let its prey escape…

Can you make a list of all of the noises a T-Rex might make whilst pursuing its prey?

Can you use these words in a sentence? They are called onomatopoeia – they sound like their meaning.

The dinosaur ran towards the boy. It roared. He was scared. He got into the jeep.