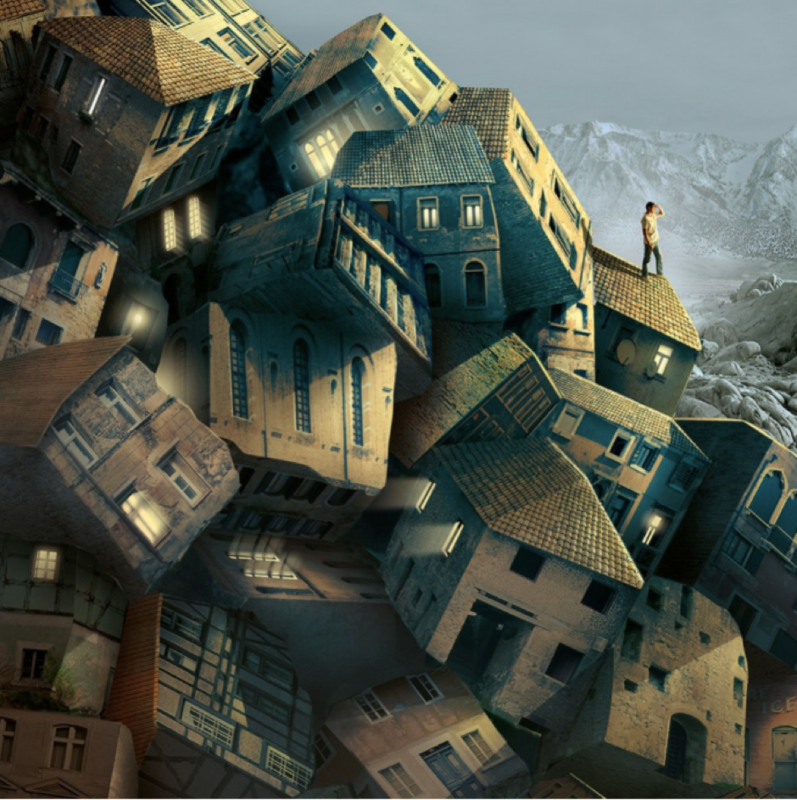 What do you think caused this event to happen?

None of the houses appear broken or damaged. What does this suggest to you?

Are there still people inside the houses?

If you were Jake, how would you manage to save them?

How is it that the lights are still on?

Think about what might have caused the houses to be piled up like this. Draw/describe how it happened.

He had only been away for a short time.

Upon returning to his home-town, Jake found that it was no longer there: something terrible had happened. After eventually locating his house (it had moved several hundred miles from its previous location) Jake stood on top of it and surveyed the calamitous scene around him. What could have caused such a thing to happen?

Can you continue the story? You could write a flashback, describing what happened to the town, or write about how Jake tries to solve the mystery.

An adverbial phrase gives more detail about the verb.

Can you re-write the sentence below so that it begins with the adverbial?

He felt relieved after he had found his house.

Can you use fronted adverbials in your writing today?

He looked around at the view through his eyes. There was a big pile of houses.