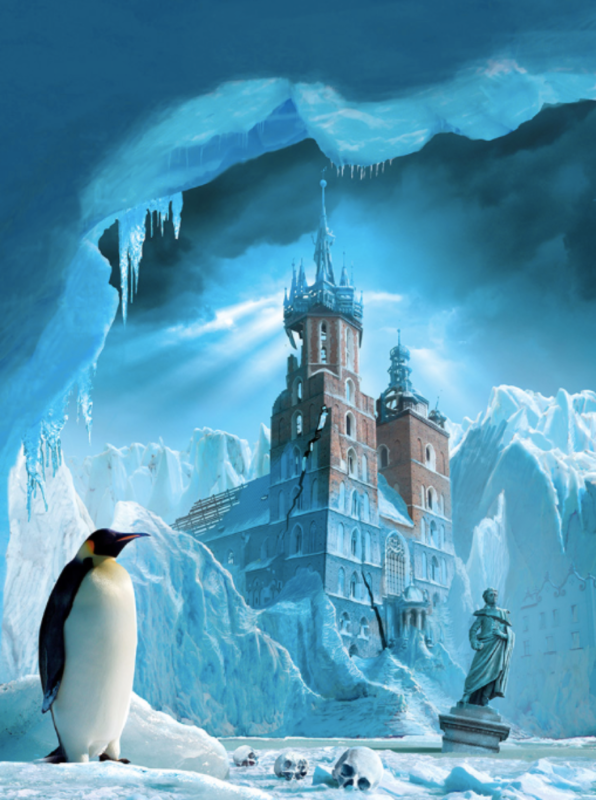 What is causing this seemingly endless winter?

How do you think people will try and survive it?

Is the winter a bad thing for all of the creatures of the world?

What do you think this building was used for?

Where have its inhabitants gone?

Who do you think this statue depicts?

Can you design and draw a building made entirely from ice?

People across the world had been saying it for years.

Now, winter had arrived, and its icy clutches were spreading. A wall of ice had been creeping over the face of the world, enveloping everything in its path, inch by frosty inch. Cities and villages, forests and rivers; all had been devoured by the ever-hungry cold. When would it all end? Would the sun ever shine again?

People packed their belongings and ran for their lives.

The snow drifted across the front door.

The penguin stood and watched.

The ice began to melt.

It was really cold. There was lots of snow and ice.