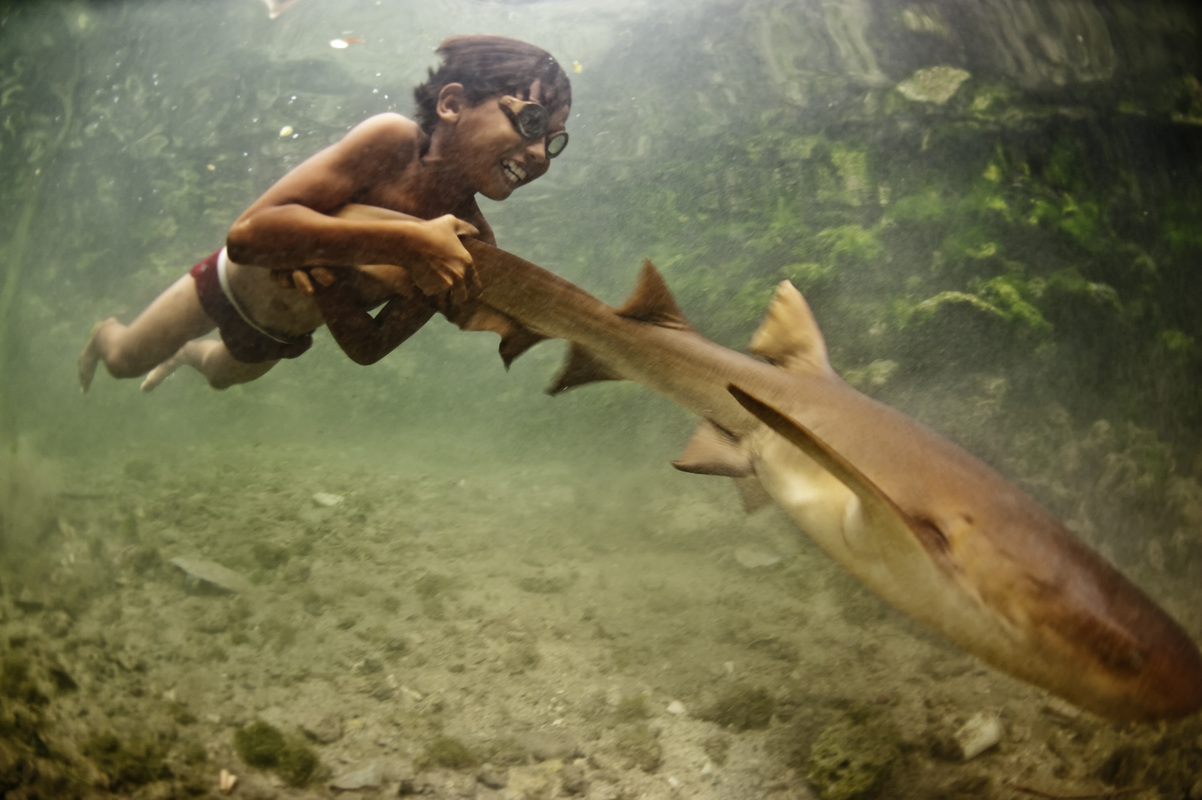 What colour is water?

Is this water different to the water we have in our homes?

What happens to water when it goes down the drain?

Can you continue the story verbally? You could tell it from the perspective of the boy or the fish!

Focus on describing the boy’s feelings, and what he can see. The boy might come across some other creatures as they travel out to sea. What creatures might they be?

Imagine what the boy might see on his underwater adventure. Draw or write down what you have imagined.

It was the most exciting ride ever! Even better the highest, fastest rollercoaster!

The boy held on to the fish’s tail with both hands as it rocketed through the water. Its scales felt slimy and slippery, yet his grip remained strong.

The warm water whipped against his cheeks as they raced along; the sand from the seabed tickling his toes. Where was the fish taking him? He couldn’t wait to find out!

A relative clause is a type of subordinate clause. It usually adds more detail about the noun in the main clause.

For example, this is a simple sentence:

The boy held on to the fish’s tail.

It can be turned into a complex sentence by adding a relative clause:

The boy, who was having amazing fun, held on to the fish’s tail.

The main clause could stand alone as a simple sentence, but the relative or subordinate clause cannot.

Can you use relative clauses to add extra information to a sentence using who, which, where, when, whose or that?

The boy held on to the fish. It was a big fish with big fins and a big body.