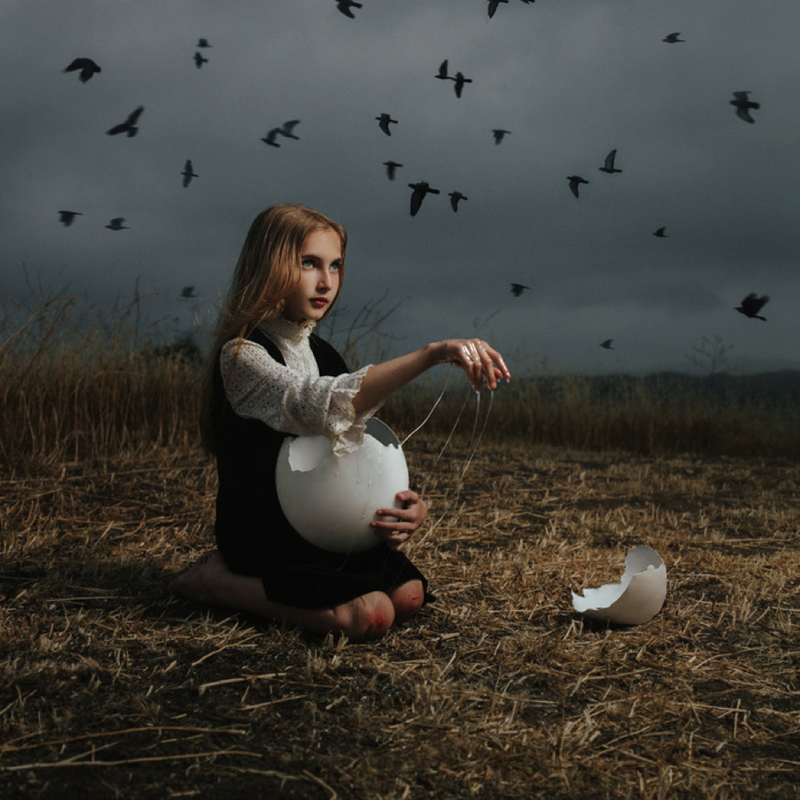 What has just hatched from the egg?

Why is the girl unafraid?

What will happen now that it has hatched?

How did the girl end up with the egg in her hands?

How do you think the girl hurt her knees?

How is she feeling? What does the look in her eyes tell you?

Can you draw a picture of the creature that has emerged from the egg?

The crows had been gathering for some time, no doubt displeased by the girl’s actions.

She could feel the cold, wet slime dripping slowly from her fingertips, but it didn’t bother her. Her hands were still, steady, without fear: she had been eagerly awaiting this moment.

All she could think about was the creature in front of her, finally escaped from its cage. It had hatched. It was time…

E.g. A few minutes ago, the egg had started to crack.

With a gentle cracking noise, the creature emerged from the egg.

The girl held the egg. It felt slimy. She was curious. Her heart pounded.