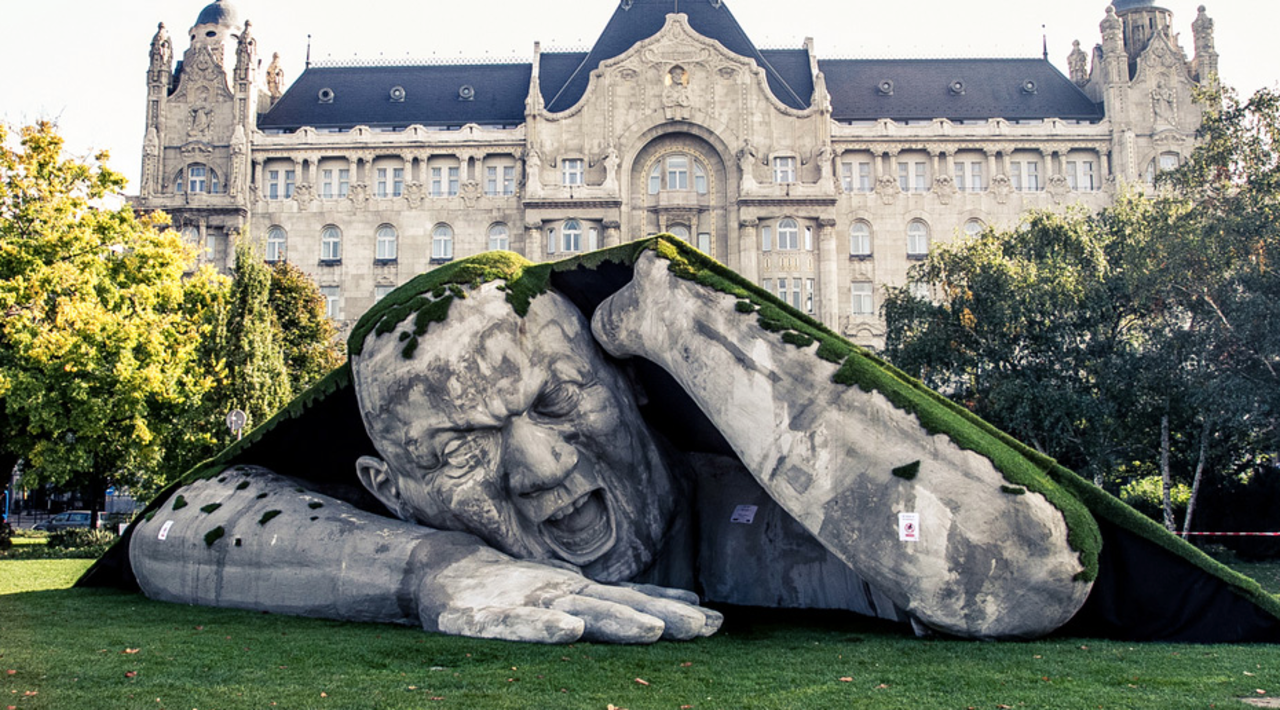 What has awoken the giant?

Do you think he poses a danger to people?

What was he doing under the ground?

How long do you think he had been there for?

How will people react to his presence?

What would you do if you saw a giant?

Can you draw a picture of the giant once he is fully out of the ground? Perhaps you could draw him next to some ordinary objects to show how huge he really is!

The ground began to shake. Birds sprang from the branches of trees in a state of panic as the huge figure crawled out of the earth.

First it was an elbow…Then a head…Then a colossal, moss-covered, stone face …

An almighty bellow erupted from the giant’s enormous mouth, shaking the windows of the house. He dragged his immense torso out of the ground, then his feet (which were the size of double-decker buses) and stood up to his full height.

Menacingly, he turned and strolled towards the house, a look of hunger in his bulging eyes…

Can you include some speech in your writing, using inverted commas?

E.g. “Stand back! Get out of his way!” Emily bellowed at her mother.

The big giant opened his mouth and yelled. His big head was a grey colour. He was really big and angry.