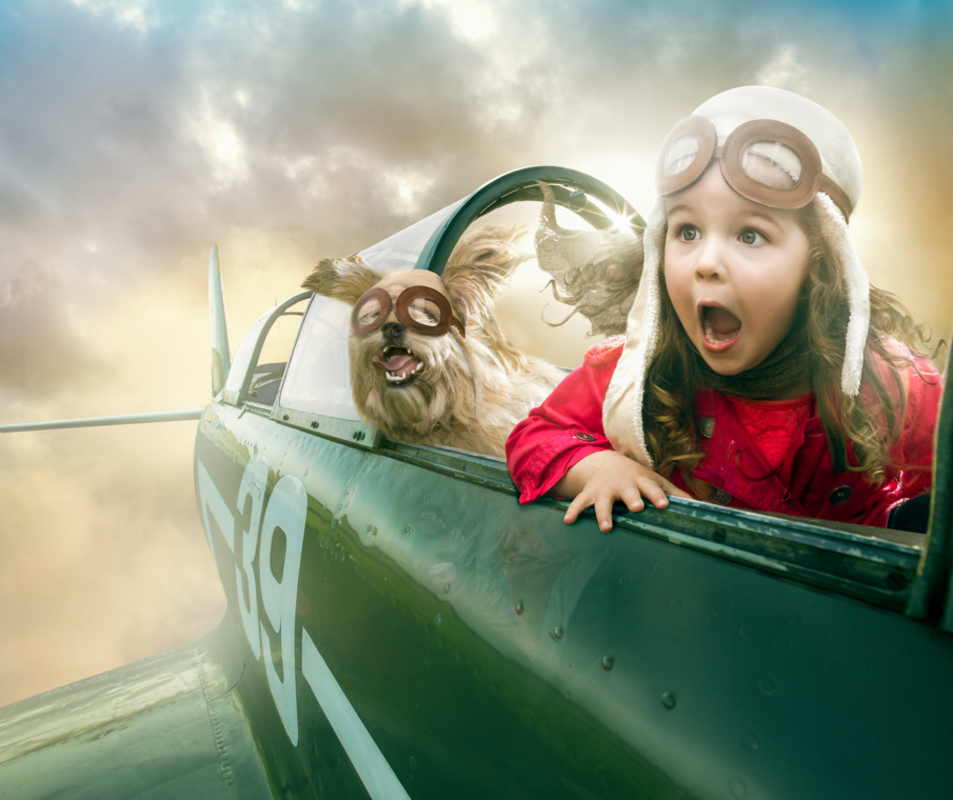 What do you think it is that Poppy and Jasper have seen?

Where do you think Poppy got the aircraft from?

What will happen next?

Where do you think they had planned on going?

Will they reach their destination?

Do you think it’s hard to be a pilot?

What skills do you think a pilot needs to possess?

Do you think being a pilot is an interesting job?

Imagine you can see through Poppy’s eyes. Can you draw what she can see?

Flying is supposed to be fun, right?

Poppy often dreamed about what her first flight would be like. She’d imagined it was like being a bird; free and weightlessly drifting through the clouds.

The first part of the journey had been exactly as she’d hoped it would be. Jasper agreed, signalling his enjoyment by barking enthusiastically from the co-pilot’s seat.

Things were about to take a drastic turn for the worse…

Can you make a list of feelings that Poppy might be experiencing in the plane? E.g. Excited, shocked, nervous…

Can you start a sentence using one of these feelings?

E.g. Shocked, Poppy gasped as she noticed that it was now flying next to them...

Terrified, Jasper let out a loud howl as they entered the thick cloud.

The plane went through the sky. It was cloudy. The wind blew.