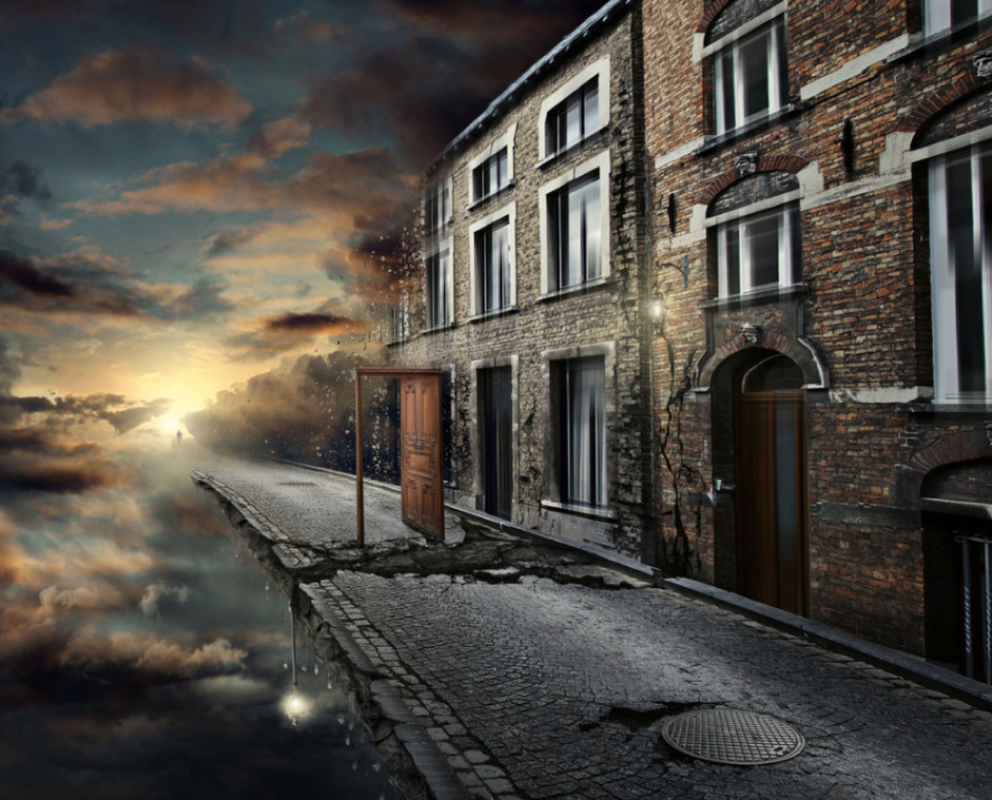 Who is the figure in the distance? Do they have anything to do with the disappearance of the street?

Why do you think there is a door in the middle of the road?

Do you think there is anyone living in the houses?

What do you think is underneath the road?

What do you think might be at the end of the road? Draw or describe what you have imagined.

Piece by piece, the street was disappearing.

In the distance a portal shone, sending soft, golden beams of light out across the evening sky. As the light kissed the clouds they blushed, becoming pink illuminations that stood and watched the street below like nosey spectators.

All that was now left of the street was the door. It was still open. There was still time. The figure in the distance began to run, but was he too late?

Circle the article(s) in each sentence below.

A man was running in the distance.

A crack appeared across the road.

A light shone from above them.

Can you identify the articles you have used in your writing today?

The door opened and the light shone through. The buildings were disappearing.