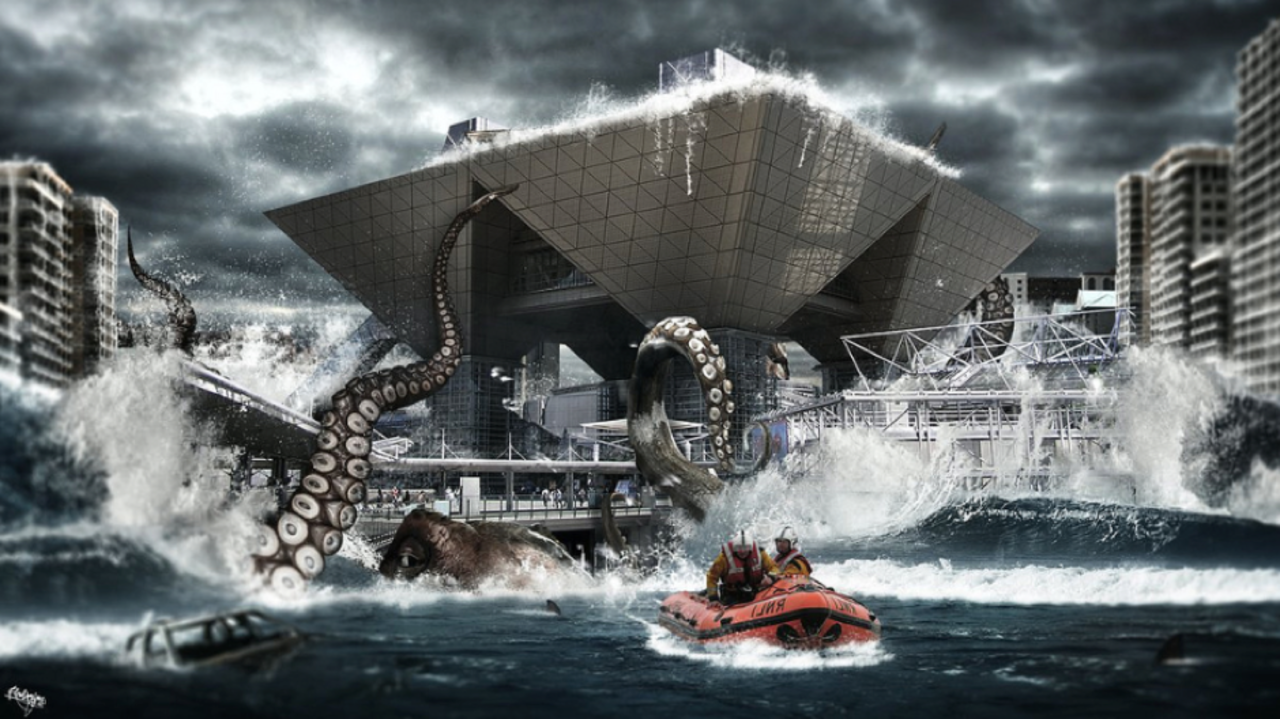 Where do you think the creature has come from?

What do you think it usually eats?

Why do you think it has come up to the surface?

What do you think its feelings are towards humans?

Is it possible that there are sea creatures as big as this one lurking in our waters?

Imagine the creature is out of the water. Can you draw or describe what its entire body looks like?

It came from the sea, calmly at first. An enormous, slithering tentacle slowly oozing its way over the top of the sea wall, exploring the metal and concrete shapes with suckers the size of your front door.

Then, as more and more people came, and shrieks and cries of alarm filled the air, the creature became angry. All hell broke loose…

In an almighty tangle of limbs and water and buildings and people, the beast came violently exploding out of the frothing water. The normally sturdy metal supports of the buildings groaned under the extreme weight of the gigantic tentacles crushing them. Panic. Complete panic set in.

But where had the creature come from? What did it want? How could anybody stop it?

There wasn’t time for people to think. Only to run…

Insert commas in the correct places in the sentence below.

Viciously an enormous tentacle exploded out of the frothing bubbling water heading straight towards a crowd of anxious people.

A tentacle came out of the water. The creature had a big head and big eyes.