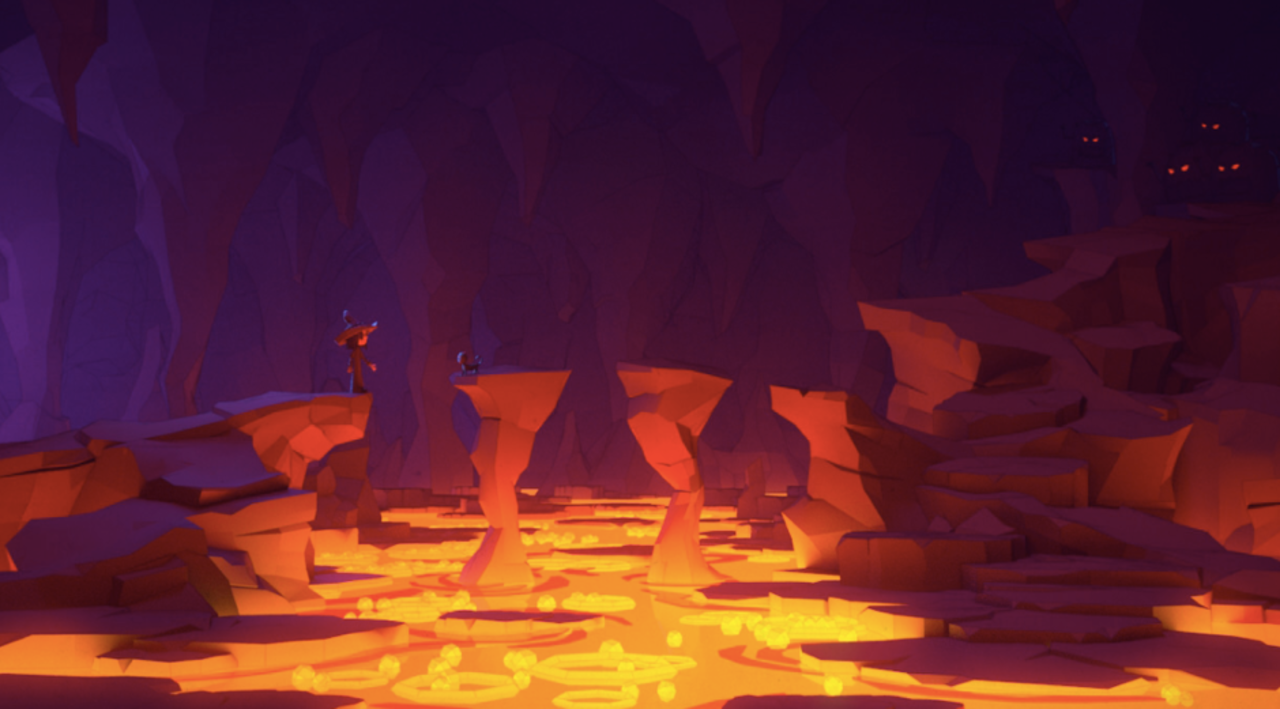 Why have the girl and her companion entered the caves?

Who do you think the girl is? Who is her companion?

Can you see anything strange in the background?

What do you think might be about to happen in the cave?

Where is all the lava coming from?

What creature do you think the red eyes in the darkness belong to? Can you draw one of them?

They had entered the caves earlier that day. As soon as they entered the underground labyrinth they had been plunged into darkness, with the only light coming from the frothing pools of orange lava beneath. She could hear the occasional plop, as bubbles of toxic gas burst their way to the surface, filling the cave with a nose-stinging stench.

The girl and her young companion bravely headed out across the stepping-stones, trying to ignore the peril below. Their adventure was only just beginning…

Can you write a compound sentence, where a colon separates two independent clauses?

The first independent clause describes something and the second gives extra detail.

E.g. The journey was tough: they had been walking for hours.

The cave was dark. The lava was orange. The girl and her cat went across the stepping-stones.