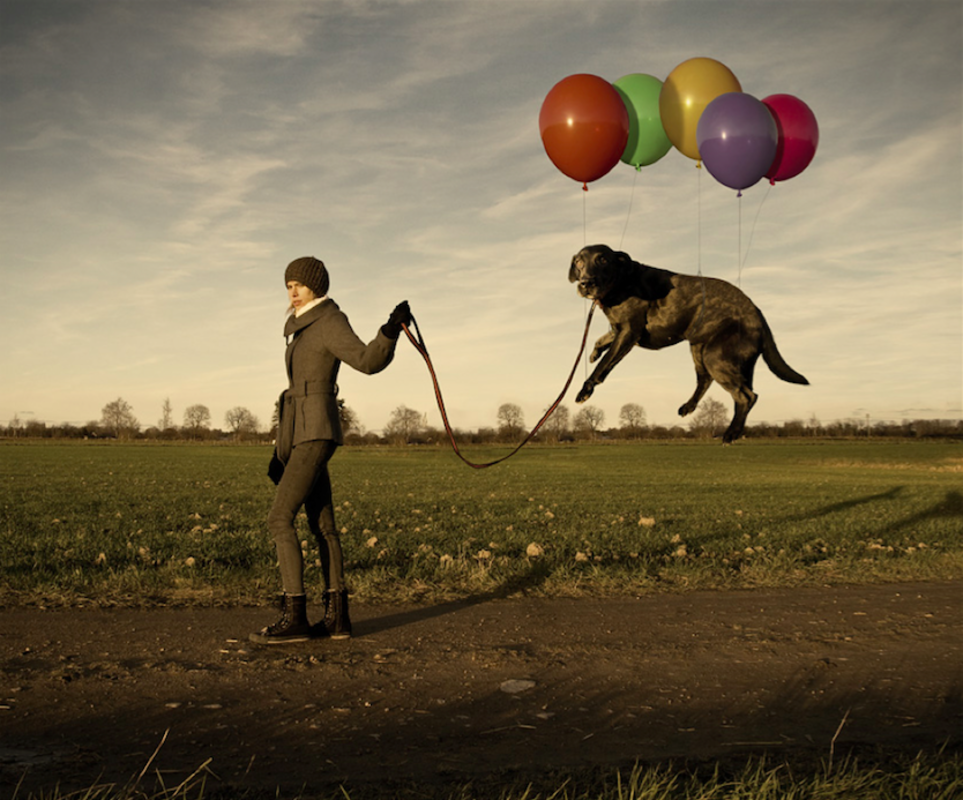 If there were blind dogs, would there be humans to guide them around?

If dogs could talk, what would they say?

Can you draw what happens to Sammy the dog?

Where does Sammy eventually land?

Suddenly, the wind gusted and Sammy was lifted higher and higher until his owner Beth could hang on no more… “Owwoooooooo!” yelled Sammy, as the world below him drifted further and further away. Up…Up…Up…He went, until Beth was just a tiny dot; an ant far beneath him!

Can you continue this story about the dog that floated away? Can you describe what the dog sees as he is floating away? Where does he finally land? Does he manage to get back home?

Good writers always try to start sentences in different and interesting ways. Can you write a sentence that begins with a noun?

E.g. Sammy, who was afraid of heights, was petrified as he lifted off the ground.

Dogs, who feel comforted by their owner’s presence, become uneasy when they are separated.

The noun is always followed by a comma and the sentence contains a relative clause in the middle.

The dog started to float. The dog felt scared. Beth didn’t know what was happening to the dog.