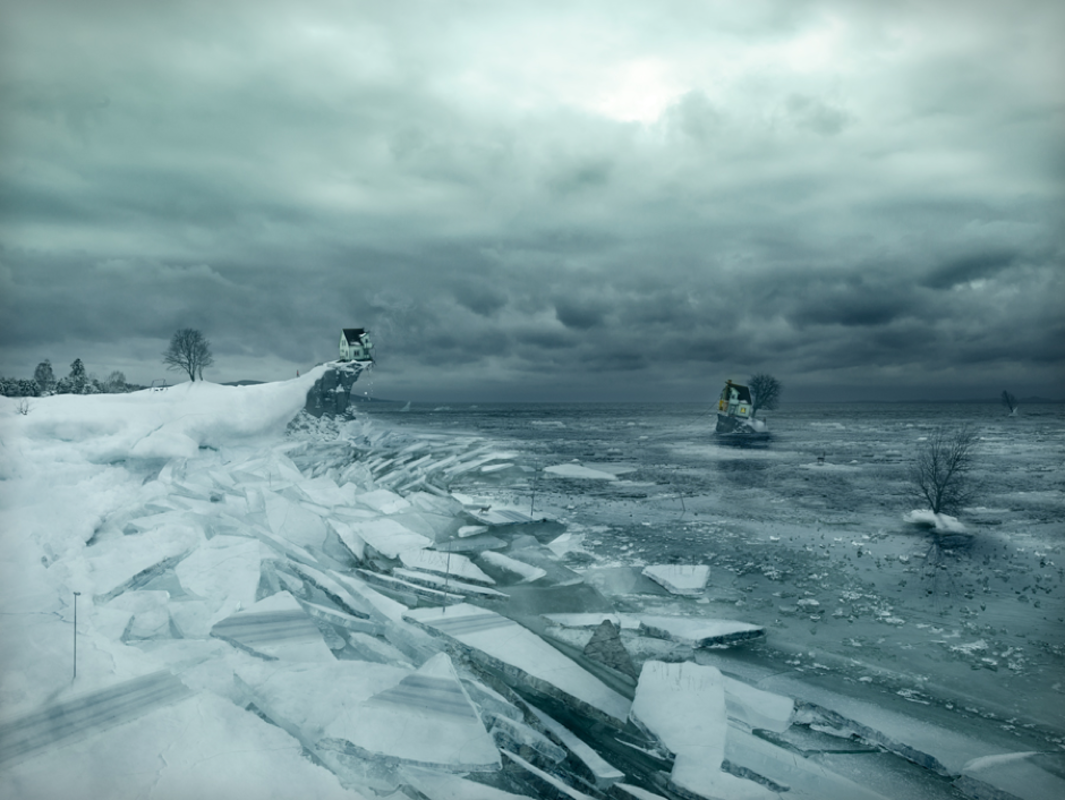 Global warming is an important issue in the world today. The ice-caps are melting. What does this mean? What are the consequences of this happening? Should we be acting to stop this from happening?

Think about what has caused the ice to break up and melt. Can you draw something you have imaged?

The thunder rumbling overhead seemed to taunt the young girl as she watched in horror while half of her home drifted away across the merciless, half-frozen sea.

She had awoken minutes earlier, disturbed from her sleep by the most appalling noise. It sounded as if a tree were being torn apart by giants, as if the Gods above were screaming at each other in a wild rage. She thought it was the end of the world. Perhaps it was. For her anyway.

In only her pyjamas, she stood on the edge of her ruined home, her toes dangling over the edge of the splintered floor, shivering in the harsh wind as it seemed to touch her skin like the kiss of some icy demon. She screamed at the top of her voice in despair and frustration, almost pleading with her frost-drenched surroundings to bring them back to her. She could see them. They were waving and shouting to her in return.

In front of her she could see the giant, drifting shards of ice, their edges sharp like Samurai swords. They knocked into each other as they were swept by the tide, reminding her of some cruel jigsaw that couldn’t be solved. She knew she could not reach them…

Can you continue the story of the girl and her home that had broken in two? Who was it she was waving to?

What had caused the ice to break? Would she manage to reunite with the people drifting away?

These sentences are 'sick' and need your help to get better!

It was a cloudy day. The water was cold. The ice broke up. The house split in half.