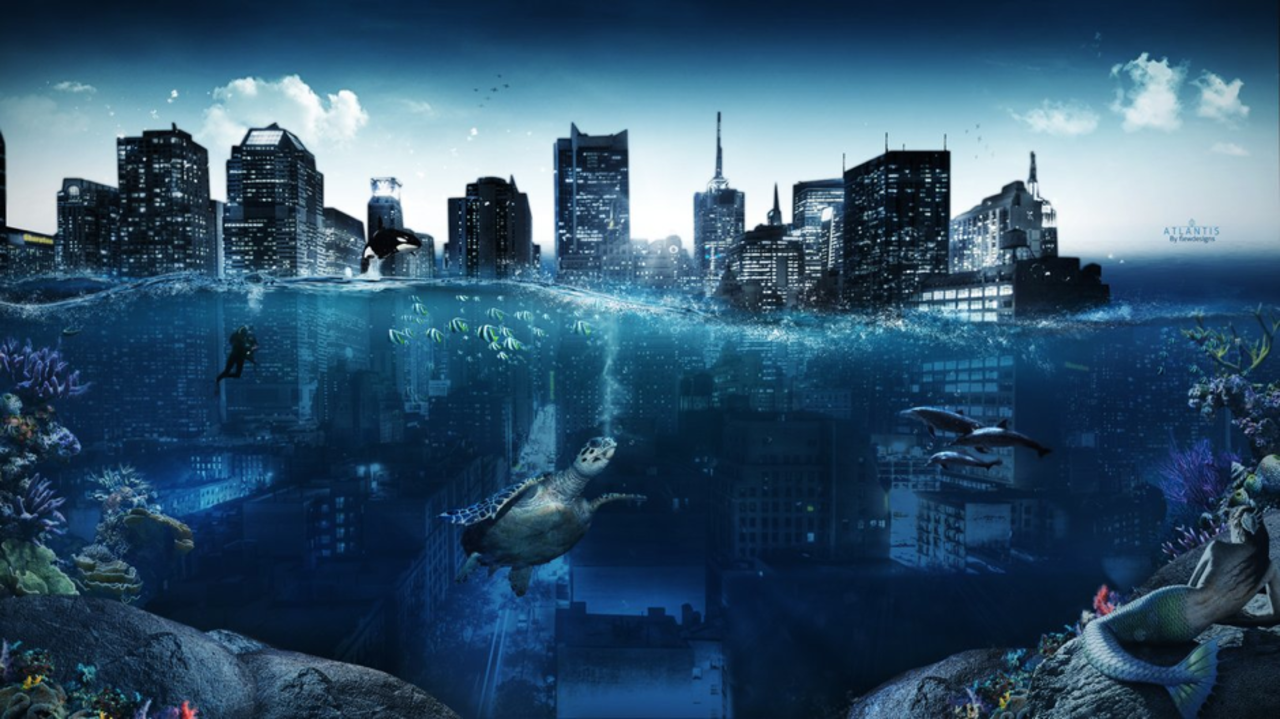 Who is the diver? What is he doing?

What caused the water to rise?

Where have all the people gone?

What do you think the mermaid thinks about the recent events?

Do you think there might be a real city somewhere under the ocean, waiting to be discovered?

Imagine your school was underwater. Draw or describe what one of your lessons would look like.

The water was rising. Soon, everything would be underwater.

The thousands of lights that sparkled against the dark backdrop of the colossal skyscrapers were being extinguished one by one, as the monstrous buildings were gradually disappearing under the dark tides; banished to a watery grave beneath the lonely depths.

Nobody knew what had caused the great flood. There had not been time to stop and think.

The turtle has a green shell.

Look at his beak!

Where has the water come from?

The city is disappearing beneath the water.

Watch out for the waves!

The water rose. Buildings all over the city went under the sea. A turtle swam through the water.